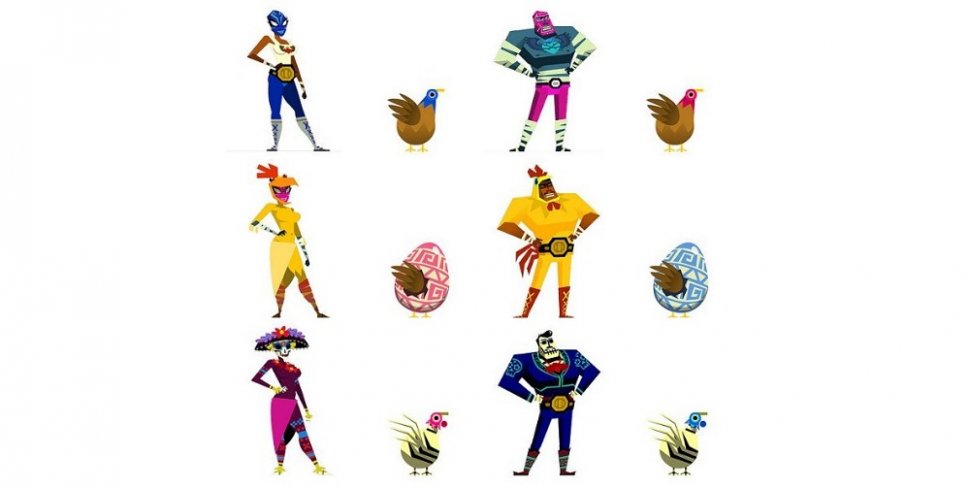 If you walk around in a Chicken Suit in the real world, the only power you will get is the ability to be stared at by strangers.  Thankfully, Guacamelee! is anything but the real world; instead it is a 2 player co-op side scrolling beat-em-up on PSN and Vita that now has new DLC in the form of three power providing suits.  Other new DLC will allow players to swap characters mid-level for the first time; Cock-a-doodle-doo.

The free DLC will only include the ability to swap characters at checkpoints.  The costume pack will set you back $1.99, €1.59 or £1.25 depending on your region and contain three outfits; a Pollo Luchador suit that helps recharge health, the Identity Swap suit that gives Juan's powers to Tostada and vice versa, finally the Skeleton suit is a risky balance of full stamina, but no longer being able to pick up health.

The DLC was originally planned to launch this week, but due to a bug it is currently being held back.  If you have already downloaded the DLC when it briefly popped up, you can delete Guacamelee! and reinstall it for a clean version.  Co-Optimus found Guacamelee to be a great single player game, that did necessarily need co-op, but a 3.5 out of 5 means it is still worth picking up.