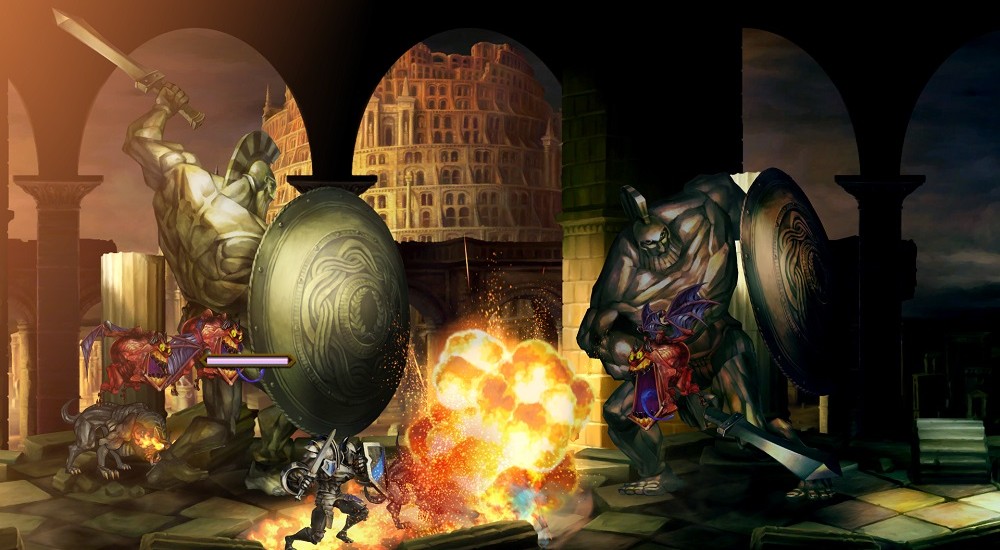 It's August! You know what that means? Summer's almost over! Come in out of the heat and play some games. This week we have a nice variety of new releases for your couch-warming pleasure.

Pikmin 3 (WIIU) This game is full of aliens. For some strange reason you don't kill them all with shotgun blasts to the face. I guess you use these helpful plant creatures to harvest food in order to send it back to your starving homeworld. Maybe you nuke them in the end? 2 player local co-op

Dragon's Crown (PS3,VITA) We covered this addictive fantasy brawler in depth last week. Personally, I have four characters ready and waiting for co-op partners. For more information be sure to check out our Co-Op Review and our Co-Op FAQ. 4 player local co-op, 4 player online co-op

Tales of Xillia (PS3) When I see words like "clever student, mysterious woman, capital city, unseen beings, humans and spirits living in harmony, mana, and battle systems," I kind of just stop paying attention. The "critically acclaimed Linear Motion Battle System" has been upgraded to the "Double Raid Linear Motion Battle System" and I clearly have no idea what I'm talking about. We will be reviewing this one, and by "we," I mean not me. 4 player local co-op

Guacamelee! (PC) Guacamelee is scheduled to make the jump to PC on this day, but I haven't seen any recent updates. Time will tell. 2 player local co-op

The following games will be available from Amazon this week. If we missed anything please add it to the comments section.