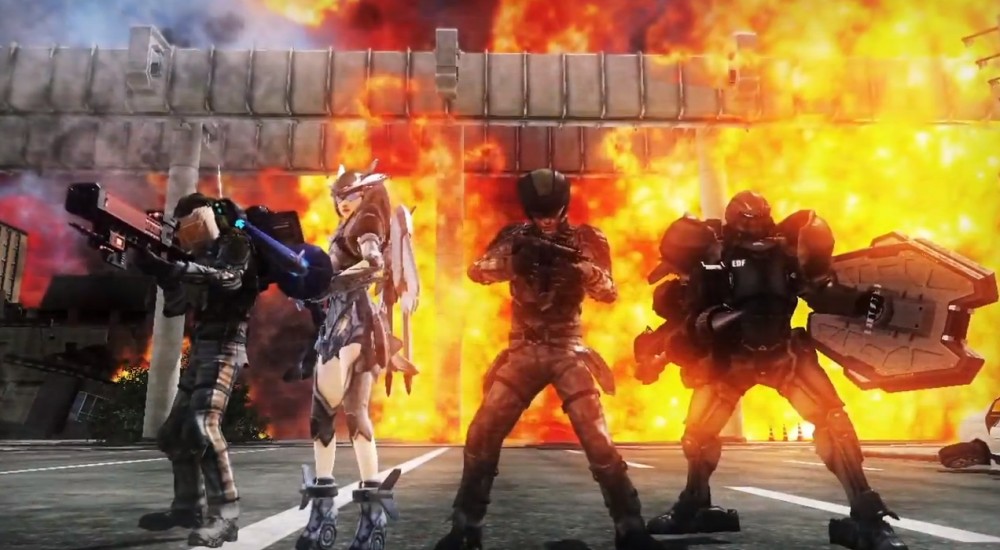 I haven't read much about Earth Defense Force 2025 lately, so I decided to take a brief trip to the game's Japanese website. I was not disappointed.

The third person shooter pits mankind's last hope, the Earth Defense Force, against the invading alien hordes of the evil Ravagers. It looks as awesome as ever. Ok, "awesome" might not be the right word. It looks more like it will be absurdly entertaining. Or horrible. Probably both. Screw you; I like these games.

The latest video is in Japanese. Go figure. I turned on the closed captions and put Youtube's translation option to use. That's when the magic happened. Are you ready for seven minutes in heaven?

If publisher D3 ever releases this video in the States (they won't) I hope they use Youtube's translation, word for word --am I crazy, or is the Wing Diver dancing for the fellas around 3:57? I checked. She definitely is.

Aside from whatever the hell that was, there's plenty of alien-wrecking gameplay in this video. The four classes strut their stuff, and we can see each character will feature some color customization options. And guns. Lots and lots and lots of guns. I'm still digging the Fencer. I had a damn good time playing as the dual-wielding badass at E3. The four classes, a first for the series, should really add to the campy co-op experience of the game.

Earth Defense Force 2025 supports two player local co-op, four player online co-op, and combo co-op. It will launch next February on the PS3, Xbox 360, and PC. Or you can import it now. Your call.