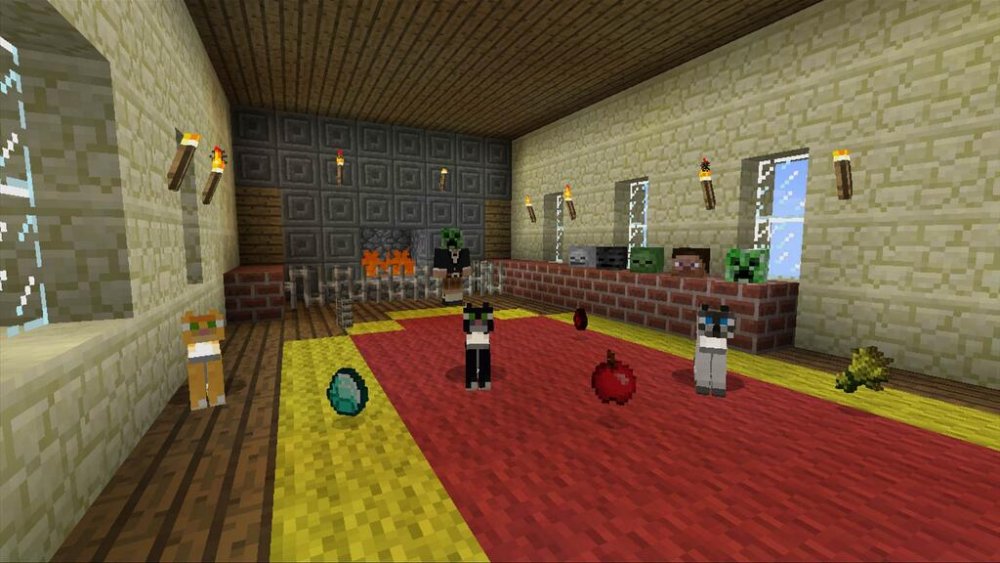 We finally have the confirmed list of changes and additions included in the next Minecraft: Xbox 360 Edition Title Update 12. Many of these items and tweeks will contribute to syncing the Xbox version up with its PC brother, but will not add the highly desirable horse mounts just yet.

The first most noticeable difference will be the inclusion of jungle biomes (again, a new world must be created for these to appear), with new wild cats called “ocelots” that can be tamed into pet cats. These cats are very valuable, minus their cuddly cuteness, as they can ward off the infamous Creeper like bug repellent. Cocoa collected from the jungle trees can also be used to make delicious chocolate for all those tasty treats. The second major difference comes from the major height increase in world maps, rising to double what they are now (up to 256 blocks from the original 128). To fill these newly enlarged worlds, villagers will be able to generate babies and create families of their own, while enemy heads can be collected for personal decoration (think Futurama). It’s fair to mention that the long awaited functionality for customizable textures will be added in, but the actual packs themselves will come in spurts later on (made available through the in-game store).

The official release date for the patch is still up in the air, but we can confirm that 4J Studios has sent it to Microsoft for certification! In the meantime, read below for the full list of notes to prepare: