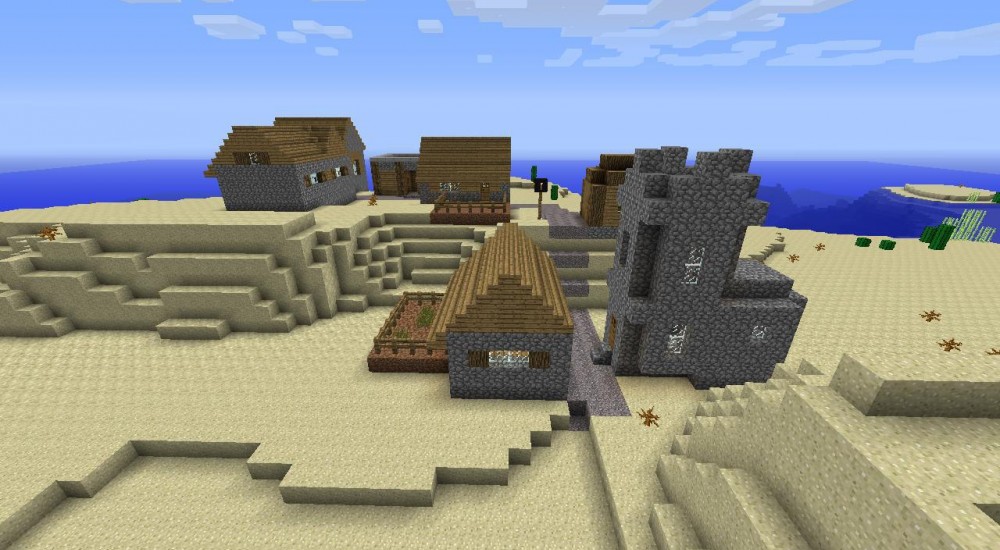 The latest update to Minecraft: Xbox 360 Edition has gone live! As if you hadn't already spend a billion hours of your waking life strip mining the resources and building castles among the clouds, a slew of new content awaits eager explorers ready to jump back into the massive, cubical worlds on console. New items, new blocks, and new features for you to discover in your very own randomly generated fun house.

Title Update 14 has finally allowed players on console to trade with villagers. These hideously beaked peasants are wanting items from all over the cosmos, no matter how rare, mundane, or disgusting. This guy might want a few slabs of raw beef (which you had sitting in an unconditioned chest for MONTHS, no doubt), while his buddy may wish for a block of solid diamond. There's really no telling with these folks. However, every villager would be happy to trade a rare emerald for whatever they seek; even if it's kind of gross. Temples housing vast riches may now appear in both deserts and temples. While brave trespassers have the opportunity to wrap those greedy fingers around some sick loot, these treasure troves are filled with dangerous, and sometimes deadly, traps.

You can get the full TU notes here. Minecraft ain't quite done on consoles just yet. While the PS4 and Xbox One editions are still cooking in the ovens down at 4J Studios, still no word as to an official release date. Until then, sit back and enjoy the newest update in a fantastic game.