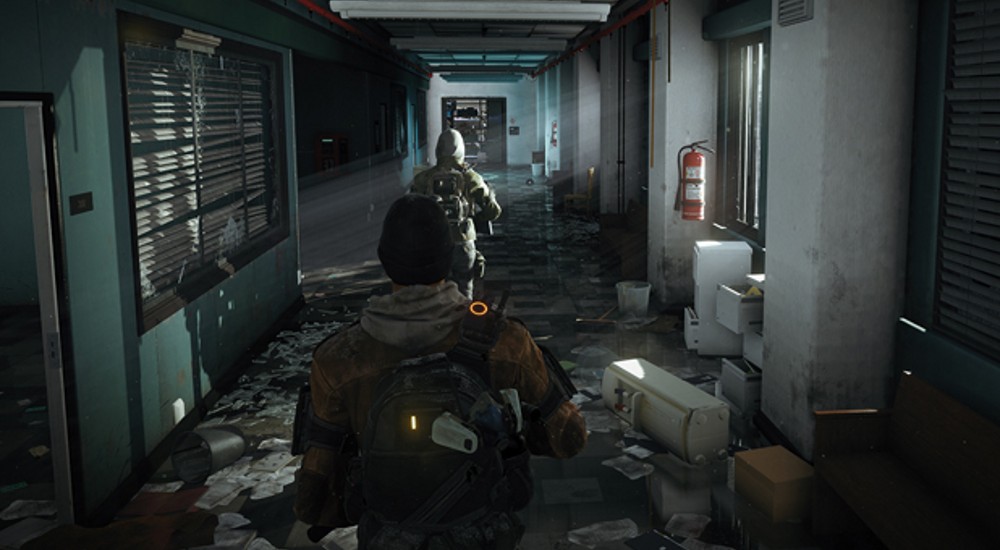 The team at Massive Entertainment rolled out a few pieces of information for its upcoming open world RPG Tom Clancy's The Division. The biggest is that the previously console-exclusive title will now be coming to PC. Publisher Ubisoft says this is largely due to the "vocal and passionate PC community" and something about "the positive energy [they] bring back to the team". So, in short, love vibes, fan rants, and online petitions. (We kid, we kid.)

The more unique news tidbit is that a companion app will be released for The Division. This mobile exclusive features its own character who can join in the "simultaneous, asymmetric, revolutionary companion gaming" with a tactical overview of the battlefield. Fight defend, upgrade, loot and attack via the app, all without firing up your console or computer. Handy for quick bouts while you're on the go, but we're skeptical about just how full-featured this companion thingie will be. The video below teases a few of the main elements.

The Division is set to be a unique squad-based shooter that merges co-op play with heavy open world exploration and player progression. An RPG-like system gives teams objectives to carry out while friends jump in and out of the game at any time. PvP is integrated in certain areas. The team is remaining rather tight-lipped about the details of the game, so we'll just sit here and be all patient while they work day in and day out.

Tom Clancy's The Division is set to release next year for Xbox One, PlayStation 4, and PC.