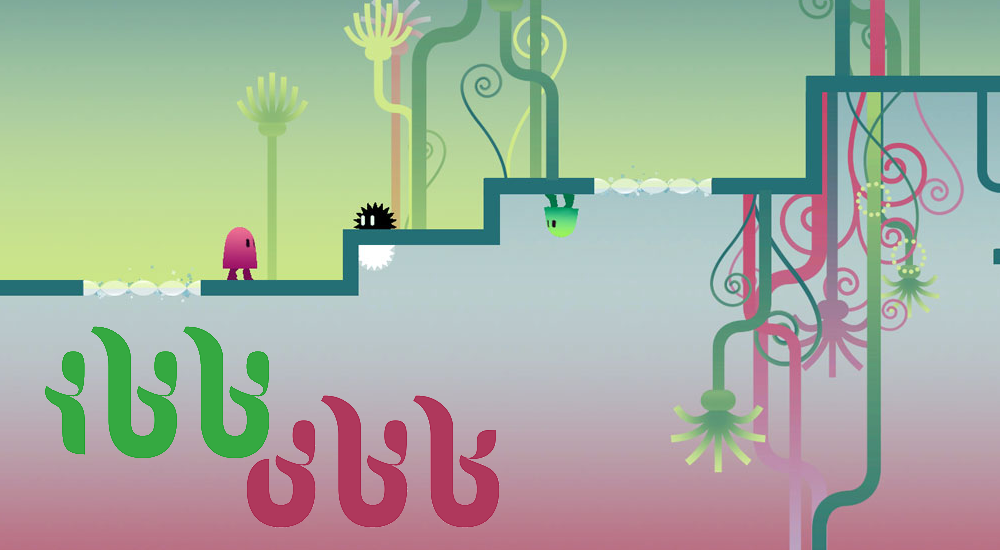 The co-op puzzle platformer we loved in our review has just received a tidy little update. Developer Sparpweed has added a bit of polish, fixing some bugs and adding some features requested by the game's growing legion of players.

The biggest item on the patch list: ibb and obb no longer disappear when passing out of the camera's range. Before the update, jumping too high or falling too low means you simply had to intuit where you would be when you came back into view. This made some of the puzzles extra challenging, as pinpoint accuracy is an enormous boon in the game. With the update, when ibb or obb flies off the screen a small marker shows their position and relative distance. To that we laugh and say HA, because we totally beat that game before that noob-friendly feature was added. We're just hardcore like that, you know.

Most of the other fixes were performance-related. For example, the game now runs at a smooth and steady 60 FPS in full HD. D-pad support was also added, just in case the analog stick wasn't cutting it for you. There hasn't been any updates on the status of the PC port of ibb & obb, so for now it's a PS3 exclusive. One that's well-worth picking up!