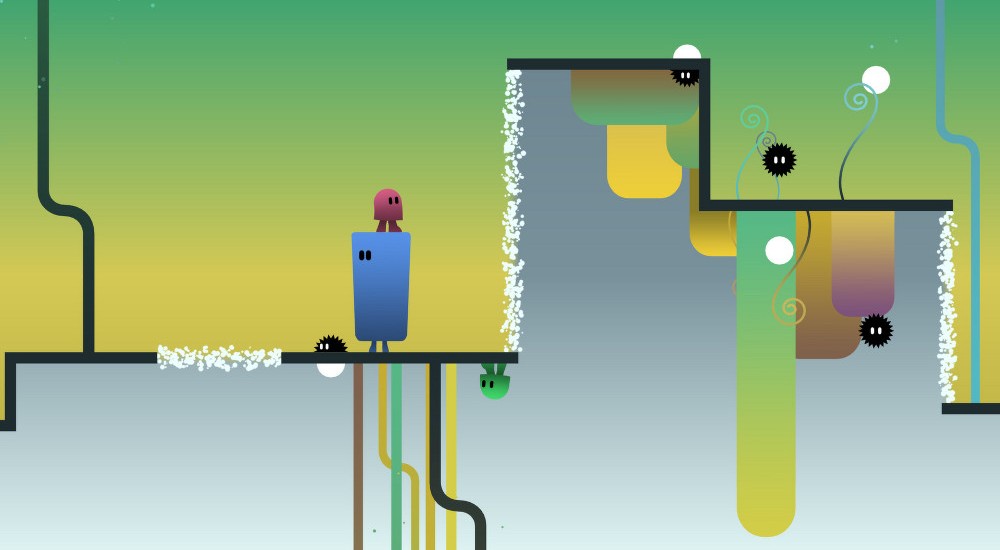 The neatest co-op puzzle game in the universe is 50% off for the day! Steam's daily deal has clipped off half of ibb & obb's normal price tag, slapping on a timer that brings the deal to a close about 28 hours from the birth of this post. So, you know, eek hurry!

ibb & obb is one of those titles that's playable by yourself but really only comes to life if you have a buddy to experience it with. Scratch your head over a series of gravity and physics puzzles starring the titular duo, all while nabbing shiny diamonds from shadowy enemies. The controls are as simple as walking and jumping, but it's the warped environments that make the game so intriguing. Gates instantly flip gravity for the player that jumps through, allowing ibb to be facing "up" while obb is mirrored below. Crossing the landscape is an exercise in weaving in and out of these portals to pick up momentum and reach the next highest platform. It's all so elegantly simply, but the puzzles will throw your gray matter for a loop.