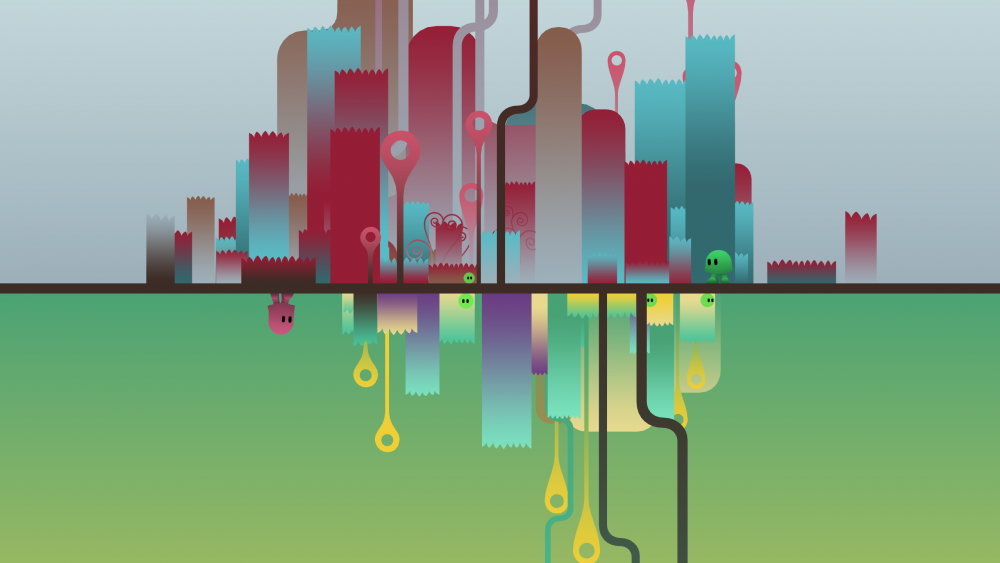 Co-op indie platformer ibb and obb finally has a firm release date: August 6 for the Americas, and August 7 for Europe. Because when you've got two protagonists, you need two release dates!

In ibb and obb, players take control of both ibb and obb as they traverse a strange mirrored world of platform puzzles and gravity that goes all flippedy-flop at the craziest of times. Work with your co-op partner to survive the surreal world as you two nudge things back and forth, hop through portals, use each other's heads as platforms, and play with the cute critters standing around this dual world.

You might recall ibb and obb receiving a bit of a delay in late 2012 because of an awesome reason: adding online co-op. In addition to sitting on the couch with a buddy, you can now round up an online friend to start ibbing and obbing to your hearts' content. The PC version of ibb and obb is still in the works, by the way. It's just that PSN folks get a little taste first.

Sony's Japan and Asia regions will be kept waiting while details of the release are worked out, and Sparpweed isn't sure if Australia and New Zealand are included in Sony's "Europe" territory (which includes India, Russia and South Africa, FYI).  North and South American gamers get a double bonus for being PlayStation Plus members, as ibb and obb are part of the PLAY program that offers a 20% discount when purchasing one of the four games in the deal.