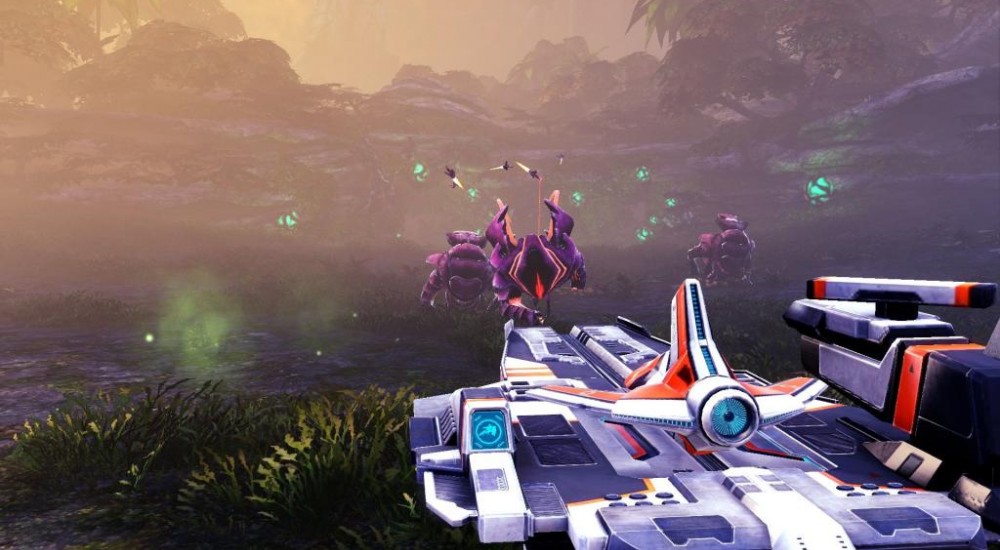 Coffee Stain Studios has announced it will release The Pursuit, the third in a series of four planned pieces of Sanctum 2 DLC, on October 25th vis Steam. Priced at $4.99 for non-season pass holders, The Pursuit turns up the action another few notches, shoving the "tower defense" side of the game even further into the background.

The Pursuit picks up where the second DLC, Ruins of Brightholme, left off, sending players off in pursuit of a major enemy. Since hunting is only fun when you've got really cool shooty things, the DLC adds plenty of firepower for you to bring into battle. The Drone Launcher and Grenade Launcher are two new weapons that fires groups of aerial drones and clusters of grenades respectively. Sounds perfect for taking out smaller enemies, but our guess is the big guy won't like it all that much, either.

Two new towers make an appearance in The Pursuit: the Mind Control Spire, which turns enemies into allies, and the Friendship Laser, which gains power when grouped with nearby Friendship Laser towers. Seven extra perks beef up the game, too, such as the lightning Zeus Module that upgrades tower damage "dramatically". You'll need all this firepower to deal with more aggressive enemies across the DLC's four new maps.

Sanctum 2: The Pursuit DLC will be available for PC via Steam on October 25th. Co-op supports up to four players online. No word on possible console release dates.