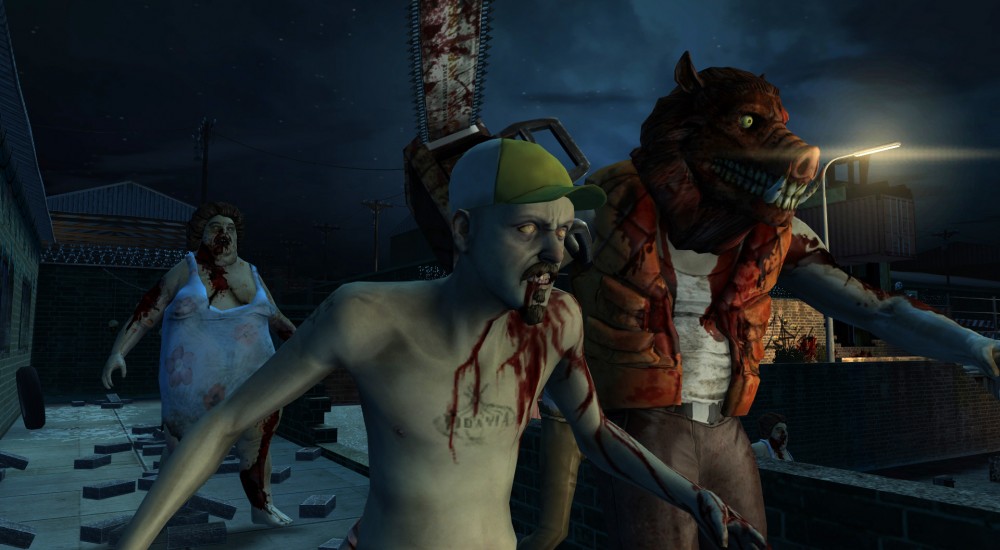 The ever-so seasonally conscious folks down at Tripwire have flipped the switch for their own Killing Floor Halloween event, Hillbilly Horror Fright Yard, active until November 7th. It's only natural that a horror game celebrating the summer solstice and Christmas should also feature a Halloween-themed update for the spookiest holiday. Grab your weapon of choice, five buddies, all the dosh you can carry, and jump into a redneck zombie-infested train yard for some super British survival horror.

The update is free for anyone that owns the game, which is even on sale till the end of the event for Steam. You'll gun down (or set ablaze, or blow up, or carve into with a friggin' katana as if you had no idea what guns are) various new redneck models in place for the standard specimens which are ever so fun to dismember. As in Killing Floor proper, teamwork is paramount. Getting separated from your team will result in you being served as the main course for any zombified hillbillies with appetites.

Those with some extra pounds (or, you know, dollars or whatever) can purchase the new DLC character, the incomprehensible Reggie The Rocker. The Hillbilly Horror event also gives skilled players another chance to unlock the Chickenator and Grim Reaper characters. New "bloodsplatter" camo guns are also available for those of us who enjoy zombie-killin' in style.

Killing Floor has enjoyed an impressive longevity from its community, especially for a game released in 2009. Constant support from the developers and frequent Steam sale appearances marks this one as a game that will stick around for years to come.