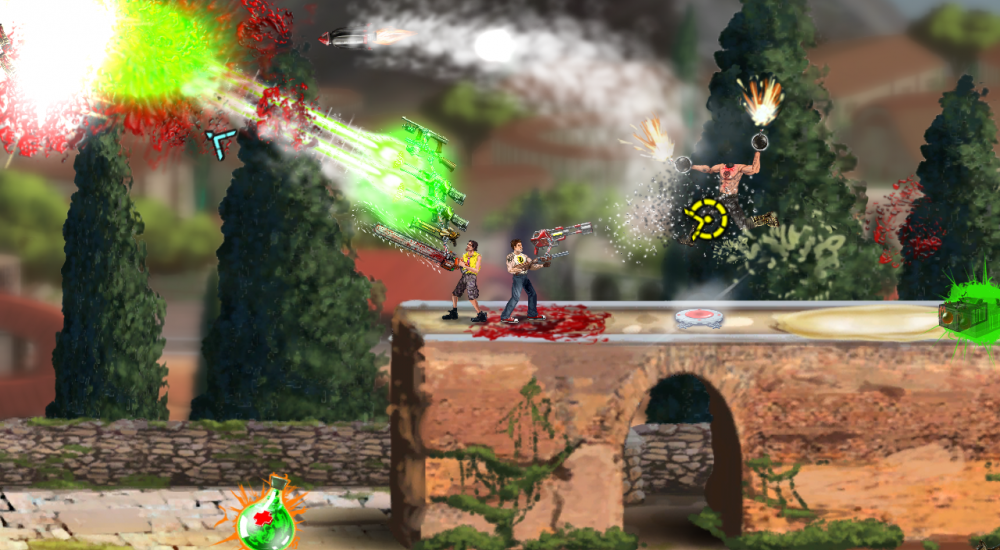 Serious Sam Double D XXL is a fun, over the top, side scrolling shooter from Mommy's Best Games set in the Serious Sam Universe. It was released on PC and then received an Xbox Live Arcade port. There was one key difference between the two - the XBLA version featured local co-op play, which the PC version lacked. A new free update changes things adding a new content to the PC version.

·         New and Upgraded Enemy Classes – The new Torcher Kitty, Explosion Eater and the Armored Gnaar are all stepping into the arena to wreak havoc to the heroic Serious Sam

If for some reason you don't want the goodies that have been added, the launcher for the game lets you choose a "classic" mode. That said all of the upgrades are something that shouldn't be missed.