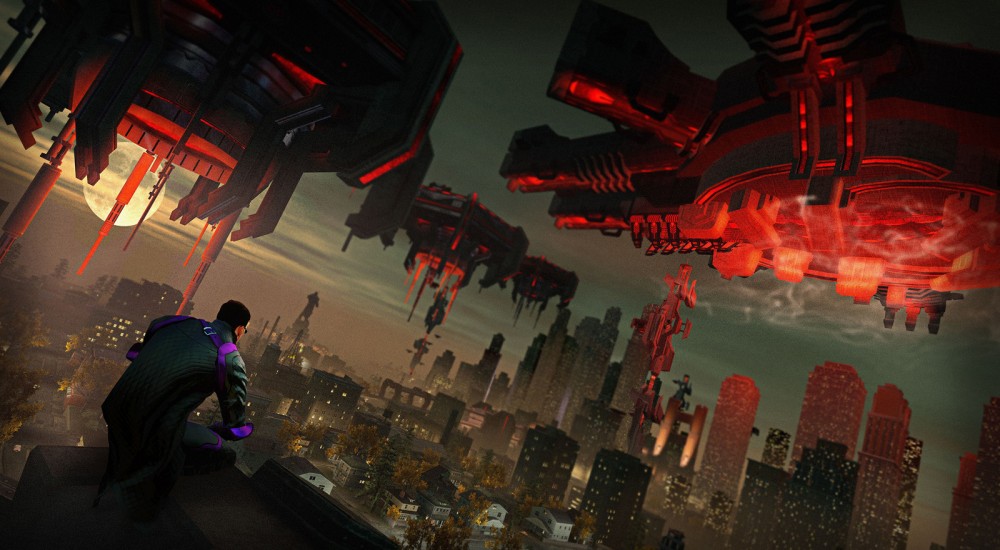 Sure there might be another open world game out you've been seeing dominating your friends list, but there's a problem. There's no way to play co-op in Grand Theft Auto V...yet. There's a bigger problem too, GTA doesn't have awesome super powers or a dubstep gun. It's sort of a no contest really. Would you rather play tennis and hanglide or shoot some fools with sick beats while flying like Superman. So if you're a cool cat here's your chance to enter our giveaway for Saints Row IV courtesy of Deep Silver.

We'll be choosing 10 lucky winners to win a copy of the game - five on PlayStation 3 and five on PC.

We know you've been jealous of your friends using their superpowers in Stilwater, and we know that Saints Row IV is better in co-op (isn't everything?). So now's your chance to join in on the fray for free.

Simply leave a comment below, tell us which version of the game you'd like to enter for, and let us know what co-op activity you want to see in Saints Row IV. And so help me if you put anything like "Golfing" or "Badminton" you're automatically disqualified.