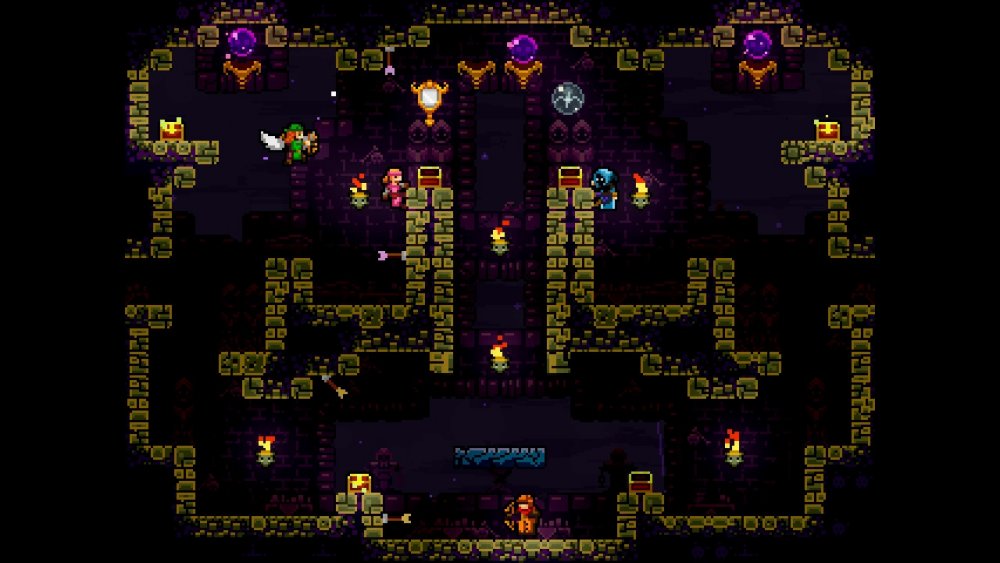 Despite the OUYA’s shortcomings, it does have it’s own share of gems to be admired. Take for instance the title, TowerFall, an acclaimed app that will soon be making its way onto the PS4 and PC.

Announced during a special, All Access PlayStation 4 launch event showing on Spike TV, gamers will be happy to know that TowerFall will arrive in 2014 for the system, as well as for PC, titled as TowerFall Ascension, and will include lots of exclusive bonus content. Adam Boyes, PlayStation’s Vice President of publisher and developer relations stated that this version will featured 50 new levels and additional modes not available in the original, one being a co-op “Quest Mode”. As far as we can tell from the trailer below, the mode seems to involve a “horde mode” sort of style with additional elements for players to work as a team. Here, take a look:

TowerFall’s graphics and side-scrolling/2-D style reminds us of Terraria, but plays more like a Super Smash Bros. game. Primarily, it’s a multiplayer, combat arena deathmatch type of game where players attack one another with various medieval weapons and try to be the last one standing. Players can only take one hit per life, so it’s all about positioning and using the various weapons and power-ups strategically. It’s already well known for being a simply, party type game to quickly pick up and play with multiple friends at once; a must have for the OUYA system.

While it is mainly known for its multiplayer combat, we are happy to hear that a 12-player online co-op mode will be available within. Needless to say, we’ll be looking forward to TowerFall Ascension supporting our PS4 and PC libraries come 2014.