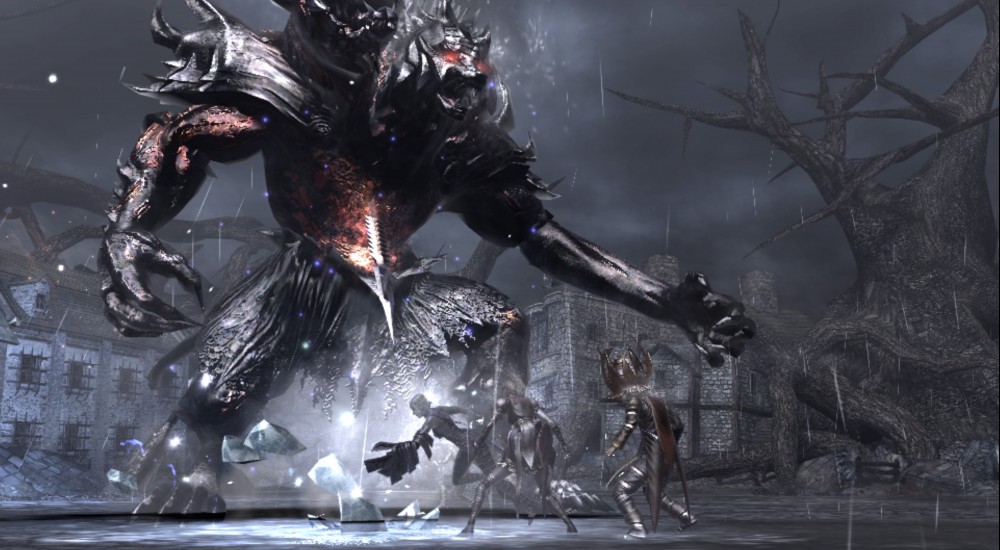 The legendary Playstation Plus pot just got a lot sweeter for Vita owners. Soul Sacrifice is now free of charge for any and all PS Members, though you've got to own Sony's handheld to take advantage of the deal. Soul Sacrifice recently received its final patch, meaning the game is in as complete a state as it will ever be.

For those not in the know, Soul Sacrifice is the Playstation answer to Monster Hunter, where groups of players team up to take down bigger and badder monsters. The titular sacrifice mechanic comes in when one of your homies goes down. You're given the opportunity to "save" them, which eats half of your current health but gets them back up into the fight. You can also "sacrifice" them, which takes them out of the fight for good, but does an enormous amount of damage to all the baddies on the map. Sacrificed team mates also don't get any experience points at the end of the mission, so be prepared to ruin friendships forever. This game came out a mere seven months ago, making this title one of the freshest out there for being free. If you've got a Vita, and three other friends who also own one, you could probably do a lot worse than snagging this puppy for nothing.