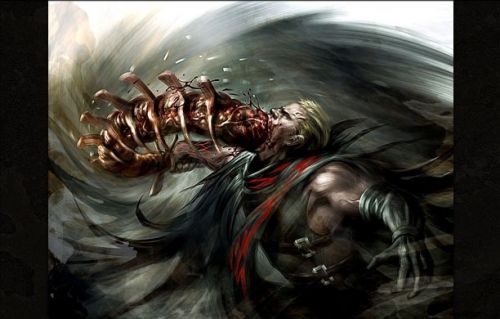 There is an English idiom that says, "I would give my right arm for that.”  You must really want something to give away what is essentially the 'fun' arm for around 90% of the population; world peace, ultimate wealth, VIP access to this year's E3?  One thing that I would be interested in seeing, but not enough to offer any body parts, are some new screens and artwork for the 4 player online co-op title Soul Sacrifice, coming soon to Playstation Vita.

An earlier Co-Optimus article on Soul Sacrifice delved deeply into the games mechanics, but suffice to say your character offers parts of themselves to cast spells.  Below are some screen shots from the game and some concept ideas, including setting oneself on fire and having a giant spine come out of your mouth.  I hope whatever spell you cast is worth that!