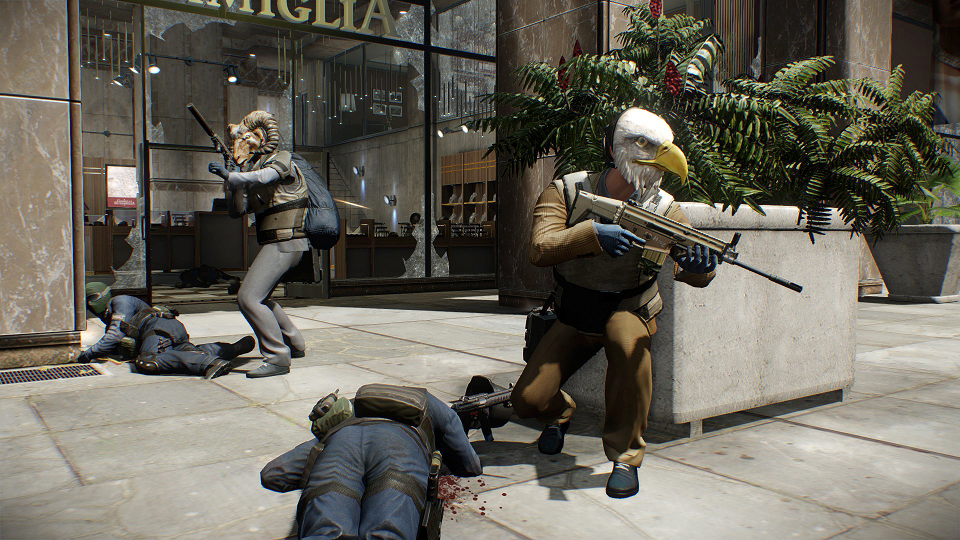 The second DLC pack to hit PAYDAY 2's PC version is now available! The “Gage Weapon Pack #1” offers many more options for your team to defend and accessorize with, as well as introducing a whole new explosive element to combat for only $4.99!

We’re sure that many players out there have found many a situation where dozens of coppers and SWAT members are hiding behind cars, corners, or other conveniently placed obstructions, and are difficult to take out in a moments notice. The new addition of throwable frag grenades should help to solve these problems and bring new strategic options to utilize on the job. While they cannot be replenished via ammo bags during a heist, they can be shared between players during it or ordered for package delivery prior to a mission; there’s plenty of opportunity to use your supply cooperatively here. Furthermore, three brand new weapons have been introduced (Signature .40 pistol, Eagle Heavy rifle, and SpecOps submachine gun), while all other fully automatic weapons are now able to be toggled between single or auto-fire modes via special mods! Shiny new weapons aren’t the only thing to get excited about either: four brand new animal masks have been introduced, all being named after famous action heroes! A "zoo" theme for your team's masks would not be strange in the slightest, as there are now a total of 7 animal masks (monkey, rhino, and pig previously available).

As for the console PAYDAY 2 players, the massive update to hit their scenes has now arrived on PS3! It’s quite the list of changes/additions, so please do read up on it here. As for the Xbox 360, 505 is doing their best in working with Microsoft closely to get it out ASAP. Please keep being your patient selves and stay up to date with their progress via their Twitter!