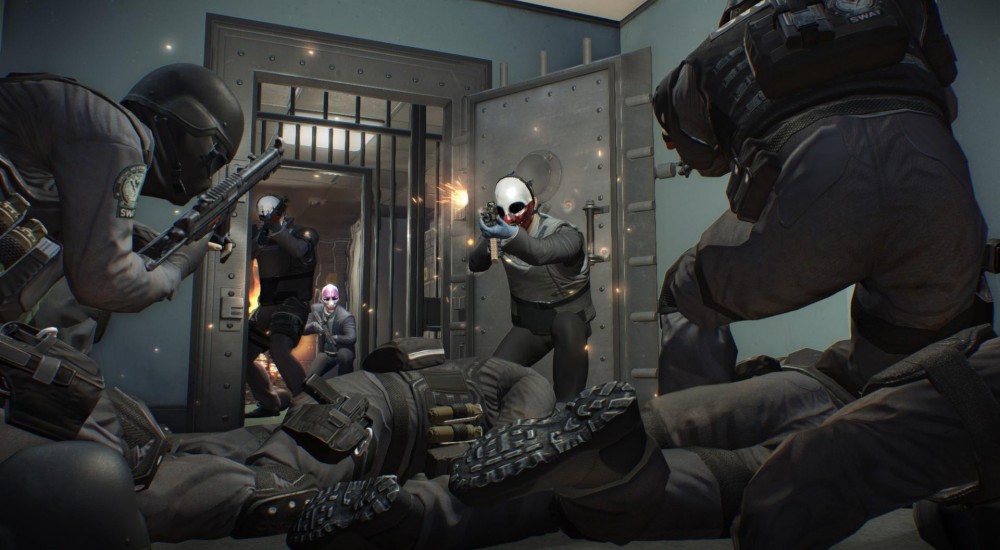 No matter the time, there will always be crime. Recently, 505 games announced that Overkill will be bringing their jewel, PAYDAY 2, to the current gen consoles as an all new edition.

The smash 4-player co-op title is to arrive on both the PlayStation 4 and Xbox One, called the "Crimewave Edition". Sorry Wii U fans, no version for you. That's really about it, as very little is known right now about what unique content this version will contain (though enhancements and new bonus content are promised), when it will release, or its retail price. We do remember, however, that last year it sold for a decent amount under the standard $60, which drew a lot of attention to the consumers. Could we possibly see the same type of strategy here?

We're also hoping that these versions will avoid any long lasting standstill of DLC, which hurt the lifespan of the previous gen versions greatly. Not too long ago, we did hear word about DLC finally rolling out for the consoles, but it may have been too little too late. Let's just hope the new hardware on this gen's tech is good enough to keep the game on par with PC.

In the meantime, check out PAYDAY 2's "Big Bank" DLC that just went live not too long ago on PC (for only $6.99). Here's a trailer to peek your interest: