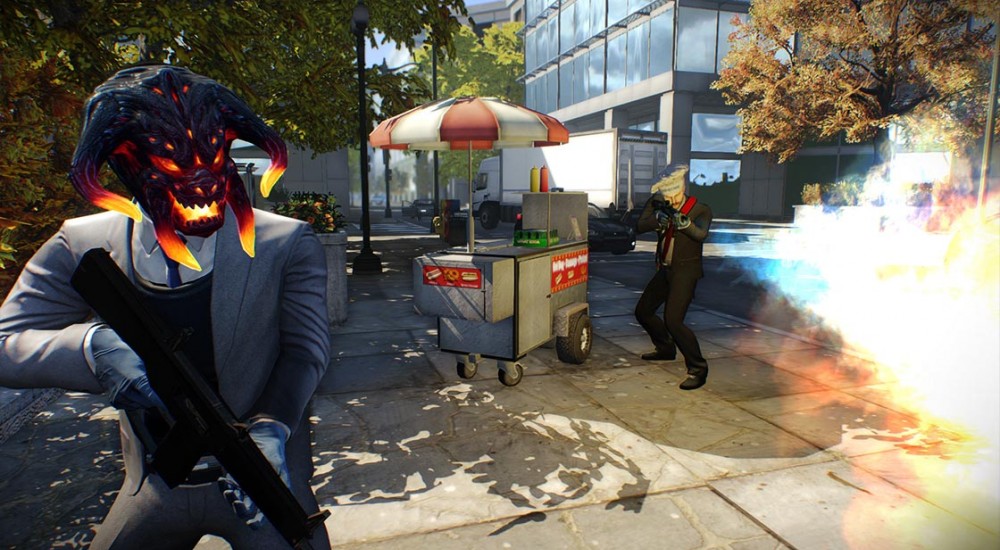 PayDay 2 saw a release last year on consoles with an edition dubbed "Crimewave" - the game included a ton of content from the PC version all bundled up into a nice package for Xbox One and PlayStation 4 player. Consistent support for the game came in update after update, so much so, we've gone to update twelve.

Update twelve will include new characters, trophies and achievements, and a big one - tweaked controller options and settings. While this stuff is included for free, there's also a bunch of new content coming - including five sets of DLC. Yes, the Goat Simulator heist will finally find its way onto consoles.

One of those is a brand new heist set in a suburban neighborhood, which is on display in the video below. There's no set date for this update, but expect things very soon.