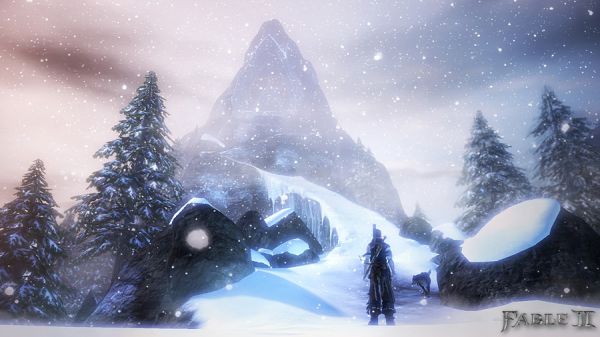 I just finished wrapping up the first downloadable content piece for Fable 2 and I gotta say I'm pretty impressed.  Let's get this out of the way right now - no the co-op camera is still busted, no you still can't bring your character into a friends game.  Actually  the co-op is worse now.  If your friend has the content you MUST download the 550MB pack to play co-op with them, and even then you aren't allowed to travel to the mystical island of knotholes.  I mean..WTF?

On the flip side the content that is there is certainly stacked.  There are three new main quests all which revolve around the weather of the island. 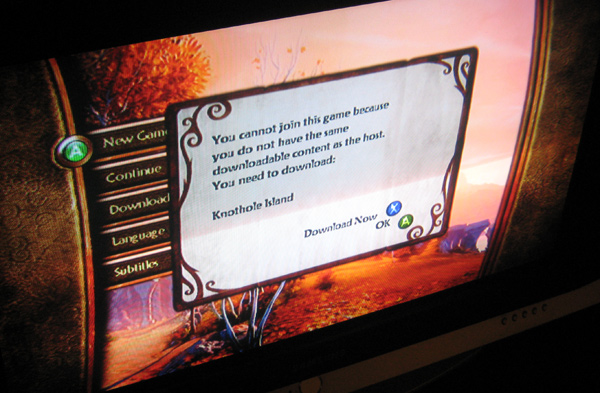 Each quest has a slight puzzle element to it, and each one gets progressively harder.  The really cool thing is after completing each quest the entire island changes.  You are greeted with some truly impressive weather effects, I was really mesmerized by the heat wave effect.  Very well done.

While the quests won't take you much more than 2 hours to complete, there are literally dozens of new items and potions.  Potions to make you big, small, fat, thin, scar less, prettier, and more.  There's new weapon augments that give various benefits as well as disadvantages.  One such augment allows you to do a ton of damage, but at the cost of constantly draining health.

There's also some new armor and weapons to be had, including an assault rifle that looks eerily similar to the classic Halo one.  In fact, it's called "Hal's Gun" and can be had at the new Box of Secrets.  All you have to do is go in and trade in pure experience. After that, you'll get the gun which does 59 damage per shot, fires 24 shots per clip and has an empty augment slot.

Overall this is an impressive pack for $10, but I can't help but feel disappointed that the co-op experience is ruined even further.  It would have been nice to seen this somehow patched in automatically instead of forcing players to go download a pack.  This really breaks up the limited player base.  If you are jumping into Knothole Island for a purely single player experience, go for it - otherwise co-op players be careful.