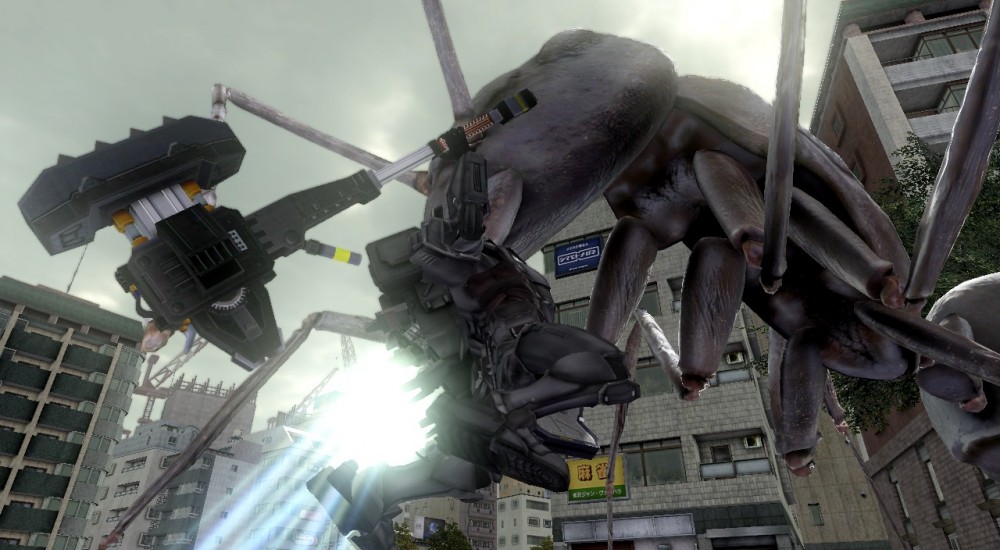 2025 aims to be a really weird year if Earth Defense Force 2025 is to be taken as a glimpse into the future. Robots and insects decide to put aside their differences and team up because they are sick of humans forcing them to build cars and/or scorching them to death by reflecting the sun with a magnifying glass. Mankind must rely on the titular Earth Defense Force and their cyborg-suited samurai to survive the robot onslaught. You and up to three pals can dance around the battlefield and rip insects to shreds.

Who wouldn't want to be a Fencer after that? They've got it all. Chain guns for harassment. A big ol' shield and a crazy spear-thing when you've got fire ants all up in your grill. And on top of all that, they also possess "piercing spirit." I'm not sure how that's going to give you an edge against the giant bees, but hey, more power to you, bud.

Shooters take themselves way too seriously these days, so I'm delighted to see this game embracing such a wacky premise while at the same time putting on a faux sense of sincerity. Sure, the plot to EDF 2025 sounds like something a 12 year-old would write after marathoning a bunch of 80's anime and mainlining chocolate milk, but who really cares about story if you just wanna rip giant ants to pieces with chain guns with your friends.