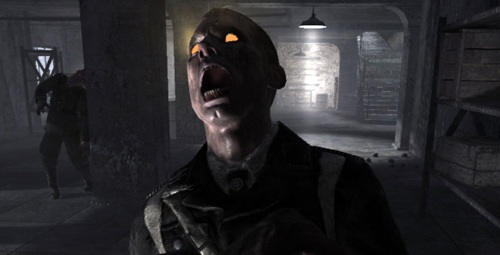 If you haven't tried Call of Duty: World at War's crazy fun Nazi Zombie mode, then chances are it's because you haven't unlocked it. That's understandable -- the lack of saved progress for the co-op campaign makes it less appealing to trudge through single-player for just the Nazi Zombie survival mini-game.

Treyarch's Community Manager Josh Olin provided a heads-up via Twitter today, where we learned that Nazi Zombies are now unlocked for everyone via an automatic update.

Furthermore, the update fixes a few known multiplayer glitches and bugs. To top it all off, this weekend is a double-XP weekend for all multiplayer modes, presumably including the Competitive Co-Op mode.

This update applies to the Xbox 360 and Playstation 3 versions. A PC patch is inbound soon, but without a solid date.