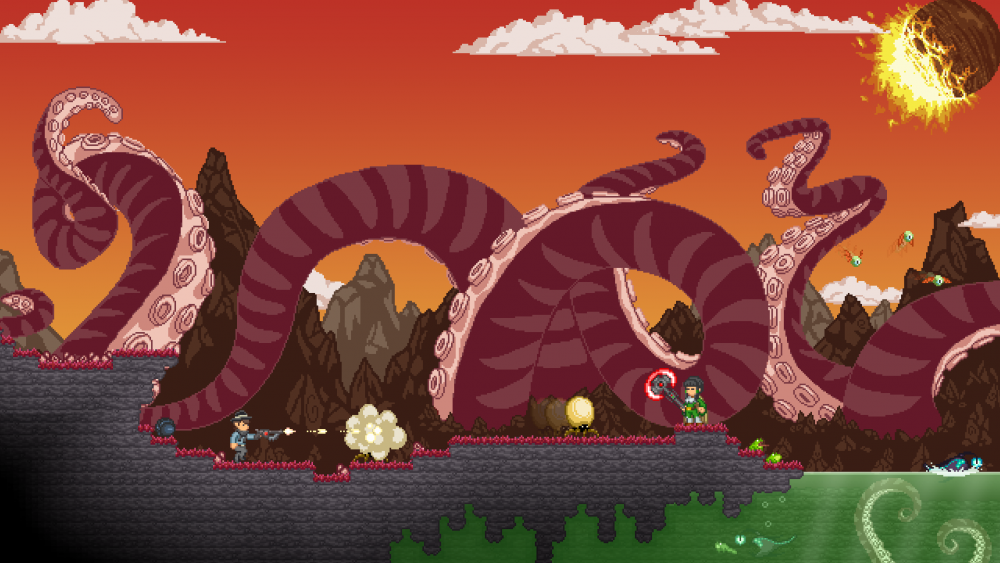 We have new info regarding Starbound's upcoming patch, including new weapons, aesthetics, and games modes! But look out, for another wipe of hard earned player content and game saves is sure to come. Don't worry though: it's well worth it.

Developer Chucklefish took some much needed time off this past holiday season, now back in full swing with an incoming Starbound patch. Bugs took a lot of their time to clear out from the latest version, but they did manage to get some new features added in with this patch (such as that cool pixel revolver)! They wanted everyone to know that they will be putting on the finishing touches very shortly and can expect it to be out by next week. In the future, other patches won't take as long as this one did. Chucklefish is well aware of the number of times people had to wipe their characters, ships, and saves when doing this, but they want to assure us that this will be the last time we'll need to wipe characters and ships (worlds might still be a potential wipe area in the future, however). Why this is the case is explained by Kyren of the dev team:

“The problem is that the organization of planets may change so if they go muck with a planet, how do we put it in the celestial map? Or if they build on a biome we remove, or something. So no promises, but we’ll try. But promises on the player / ship.”

Still, if players out there are willing to stomach another wipe, they'll be pretty pleased with the results. Starbound reached  only a week ago, so we certainly have little doubt that this game will continue to succeed well into 2014 and beyond. The game currently in early access beta form, available on Windows, Mac, and Linux.