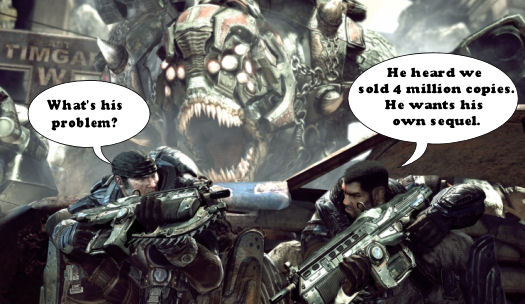 The December NPD numbers are out (posted below) and the data points to some tremendous Gears of War 2 sales.  With almost 750k sales in North America in December, Gears of War 2  has sold over 4 million copies world wide to date.  To put it in perspective, that's almost double the amount of copies sold in the same time frame as the first game.

If the success of our Gears of War 2 co-op night is any indication, then we have no doubt regarding these numbers.  It's our firm belief that the first game's strong co-op campaign helped drive sales into the second game with the promise of a brand new co-op campaign as well as the 5 player co-op Horde mode.