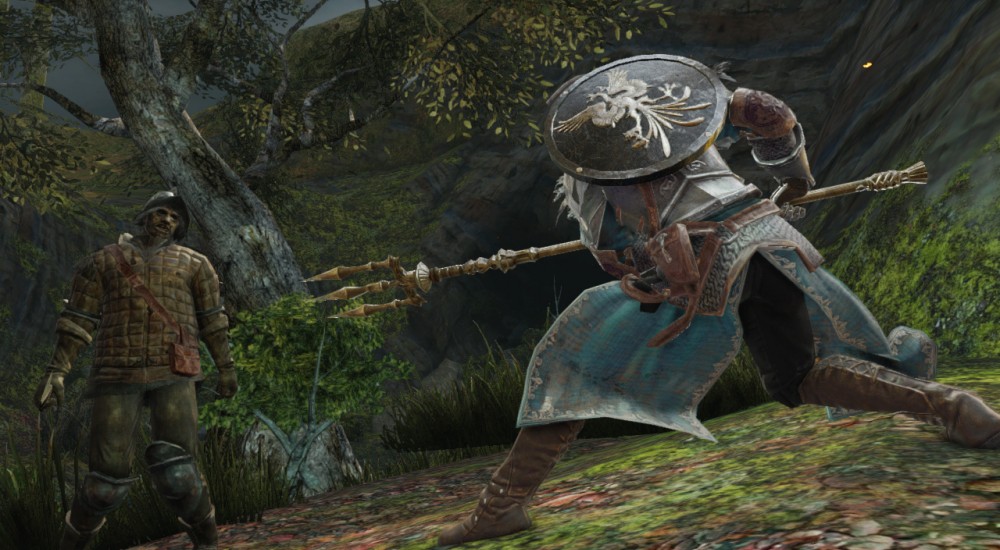 At this point we can probably piece together the entirety of Dark Souls 2 based off of the countless screenshots and trailers floating around out there. FromStudios throws out media like they're a super proud kindergartner who really wants to show you that drawing of their cat they did. And much like dealing with said kindergartner, you can't help but look every time. Surely one more batch couldn't hurt, right?

While we're at it, how about this trailer they put out two weeks ago as well? You might have already seen it, but I like it, so we're going to watch it again.

Or you can skip it and just head to the screens below.

The crazy people who designed those monsters know how to strike a nerve. While they have standard stock monsters like "zombie guy" and "spooky skeleton," some of the crazy beasts seem like they spawned from a peyote-induced fever dream. The way some of those hideous things move and look never fails to cause at least a little bit of internal discomfort. I mean, was that a monster made of writhing bodies? Groady.

These new screens show some character stuff without spoiling too much of the new monster designs. The most I'm willing to say about them is "dang, these are pretty." They also showcase the winners of the "Shield Design Contest" held by FromSoftware last year. Fans submitted their designs, which were chosen by the development team to be added as in-game equipment. Furthermore, those whose designs were chosen received real-life versions of their shields. Congratulations to all of the winners!

March is nearly here. My pals and I are ready to feel the sting of death over and over again.