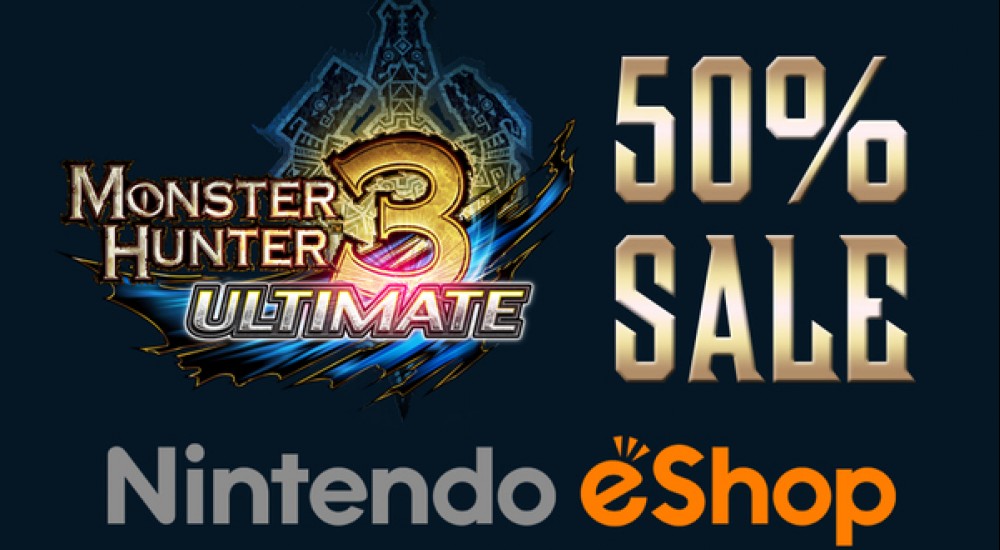 To celebrate the franchise's 10th anniversary, Capcom has pulled out a big pair of scissors and chopped the price of the digital versions of Monster Hunter 3 Ultimate in half. From now until February 3rd at 9 a.m. PST, grab the Nintendo 3DS and Wii U versions in the North American eShop for $19.99 each. The European sale runs January 31st through February 6th with "slightly different...but still significant" discounts, according to Capcom.

The Wii U version of Monster Hunter 3 Ultimate supports online co-op teams of up to four hunters. Local co-op can happen with Nintendo 3DS owners as well as mixtures between Wii U and 3DS players. They all get along just fine, and you can hunt with people from around the world, as well. Just keep these two things in mind: don't use the hammer spin in crowds, and for the love of all things cooperative, bring lifepowders!

Just in case you weren't jazzed about Monster Hunter or even inexpensive Monster Hunter, Capcom also released a video that chronicles a decade of games with slightly confusing naming conventions. It features footage and opening cinemas from every Monster Hunter release, starting with the original PlayStation 2 version all the way to Monster Hunter 4. It's over an hour long, so you might want to settle in with a hot drink or five.