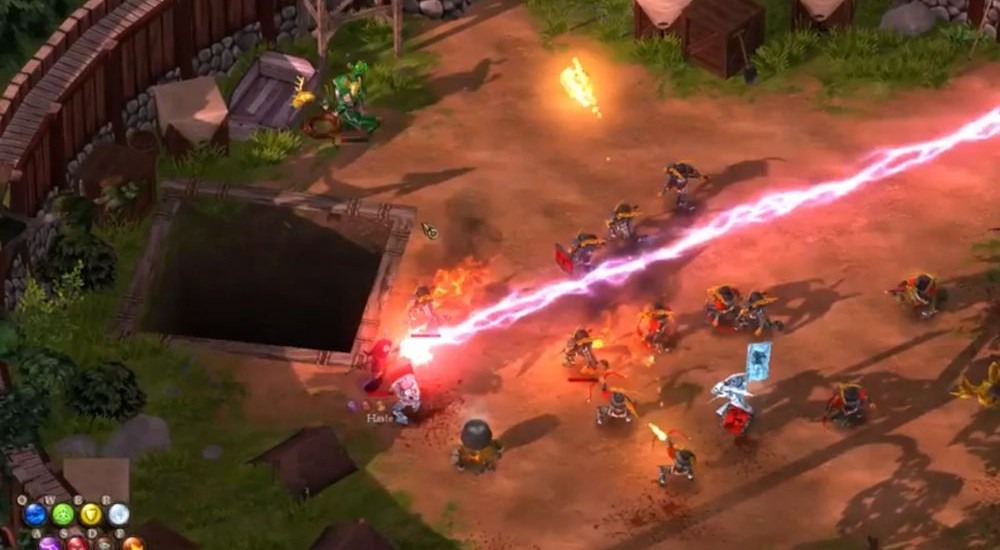 For This Week in Co-Op, Nick and John donned their finest robes and dove into the world of Magicka. It’s been a while since we visited the co-op game which features elemental spell mixing, so we figured now was a good a time as any to taste its sweet nectar. This is a tale of two wizards on a brave journey. A journey which finds them in the company of a slightly off color “not a vampire” companion. Come to think of it, we may just be trying to avoid him in the future.

Our abilities in Magicka are unmatched, we flawlessly remembered every spell in the book. Casting the likes of healing shields, flaming rock walls, and beams filled with lightning and dark magic - we rampaged through fields and forests destroying every orc and goblin in our path.

Magicka’s strengths in co-op come from the ability to mix and match elements to exploit weaknesses of enemies. So when a particular horde of trolls presented a SLIGHT challenge, we simply split duties. Nick took care of casting a freezing beam on the enemies to slow them down while John summoned the powers of Thor and shocked them to tiny bits of cooked meat. The battlefield was littered with their blood and smoldering corpses and thanks to our deep spells books and our quick casting abilities - the two wizards of Co-Optimus remained mostly unscathed.

Well, there was that one time, just for practice, the wizards took turns killing themselves with their own spells and healing the enemy with smartly-placed recovery walls. This gave the survivor a chance to practice his revive magic, which one can imagine rarely got used over the natural course of the game. A true wizard never allows a skill to rust.

The video showing Nick and John's exploits is merely a dramatic re-enactment. The tasks completed were so heroic, the only way to properly convey their epicness was to sing songs about them. Those songs were artificially aged by four centuries, taking care to sloppily translate them a few dozen times for added effect. The result is a group of pretend wizards acting out an interpretation of Nick and John's original (and did we mention epic?) deeds. Gilgamesh? More like Gilgawimp.