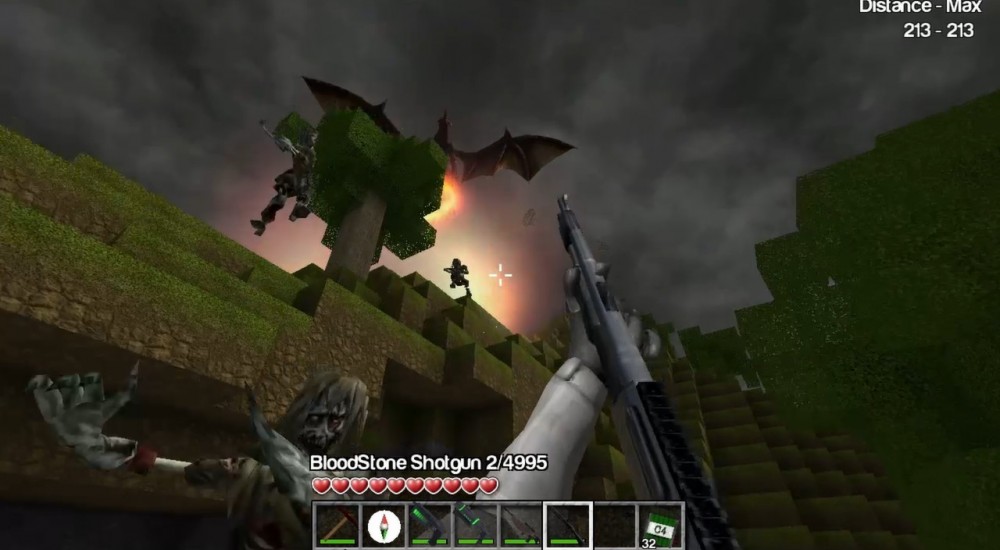 Think Minecraft meets Doom. CastleMiner Z is a first person survival horror game set in a block based environment. The title came out for Xbox Live Indie Games in 2011, but not until this month did it see a release on Steam.

In four different modes you can play online with eight player co-op to build, gather, create, destroy, and survive. Endurance Mode creates a randomly generated work and you are tasked with going as far as you can and living as long as you are able. Survival Mode is similar to Endurance, but the strategy revolves around creating a more permanent settlement when you can spend your time. Creative Mode allows you to adjust the enemy threat, so if you're just in the mood to build you can do so with little distraction. Lastly, Dragon Survival Mode matches you with endless waves of the biggest and most difficult enemies in the game.

The game can be played with a mouse and keyboard, or a controllor, and the PVP mode turns the world into an online deathmatch. CastleMiner Z is available now on Steam for $9.99.