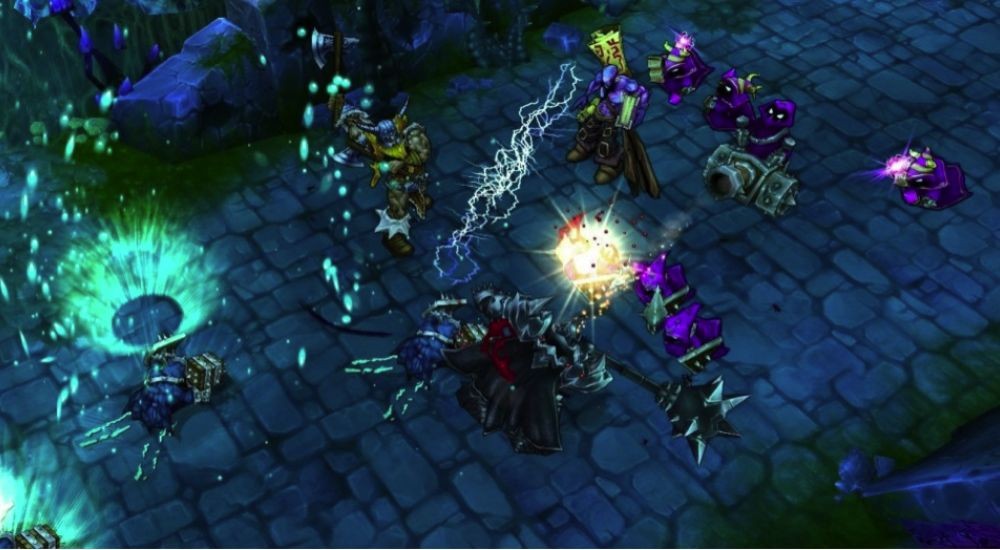 In a move purists would faint at the mere idea of, League of Legends is putting more M in your MOBA. Starting the 20th of this month, the boundary pushers at Riot are incorporating a new game mode which shatters the conventional five on five experience and bumps the player count up to six participants per team. I know what you're thinking. If they tamper with the tried and true MOBA formula, what other sort of values are they willing to cast aside in the name of "progress"?

The new mode, called Hexakill, takes place on the traditional MOBA map, known as Summoner's Rift in League. So far, all LoL strategies, from beginners to professionals, center around five players on one team versus an opposing team of other players or bots. I'm eager to see how this new mode influences what were once unstoppable character combinations and tried and true item builds to victory. Riot's attempted these bizarre modes before. Permanent modes include a 3v3 competition, and a map known as ARAM (All Random All Middle) which is one pathway, and all of the champions are randomly selected for maximum insanity. A temporary mode entitled "One for All" forced everyone on one team to play as the same champion, which lead to one experienced player trying to explain their character to four bewildered teammates. Chaotic, but oh so hilarious. I hope the Hexakill mode enjoys a greater longevity than One for All, and even more of us can team up to stomp on some of those nasty, cheating AI.

Editor's Note: League of Legends offers a "bot match" for co-op play where a team of humans can take on the AI.