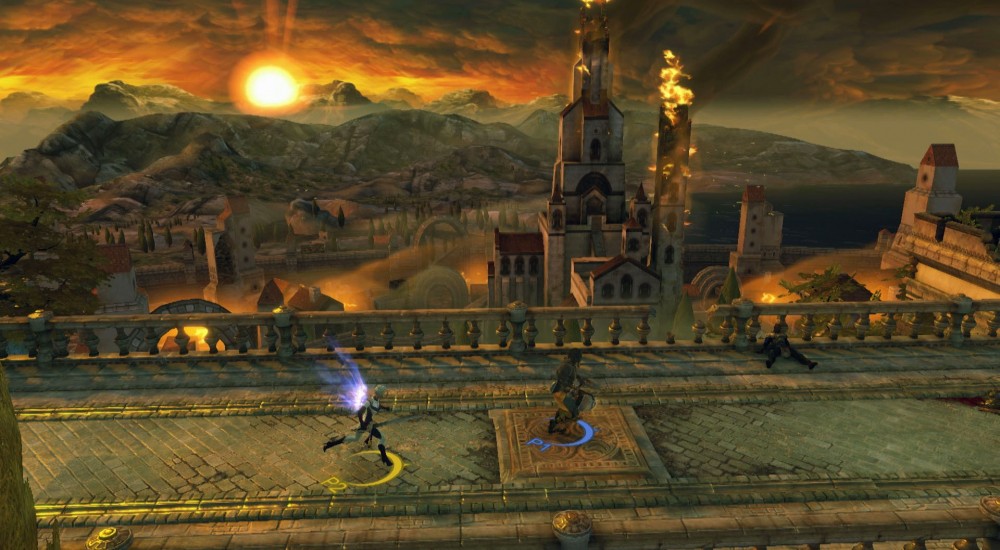 After a lengthy development, Sacred 3 is aiming for a release date in the summer of this year. Hacking its way onto Playstation 3, Xbox 360, and PC, the dungeon romper features drop in and drop out co-op featuring four classes from the previous games (Seraphim, Ancarian, Khukuhru, and Safiri), and a class making their big time debut in this third installment, the Malakhim. Contrary to previous reports, the game will continue its legacy by having two player local co-op, as well as four player online.

Accompanying this announcement is a new CG trailer, featuring some pretty crazy fantasy hijinks and a girl with wings.

I feel for the bad guys here. Do you have any idea how uncomfortable it be if your body was constantly smoldering? Not only that, but your wardrobe would be limited to polyester.

Perhaps you feel that a CG trailer isn't sufficient for a game due out in a few months. Deep Silver probably feels the same way, so they've included a few new screens of Sacred so you don't get scared that the game is all in ASCII art.

After Diablo III proved you could have a hack and slash adventure on consoles as well as PC, I'm eager to see what Sacred 3 does in terms of innovation. An arcade style combo system lending itself to damage bonuses seems like a great addition to the genre, and one that could benefit from controls. As one who has never played a Sacred game before, I'm ready to give this series a shot.