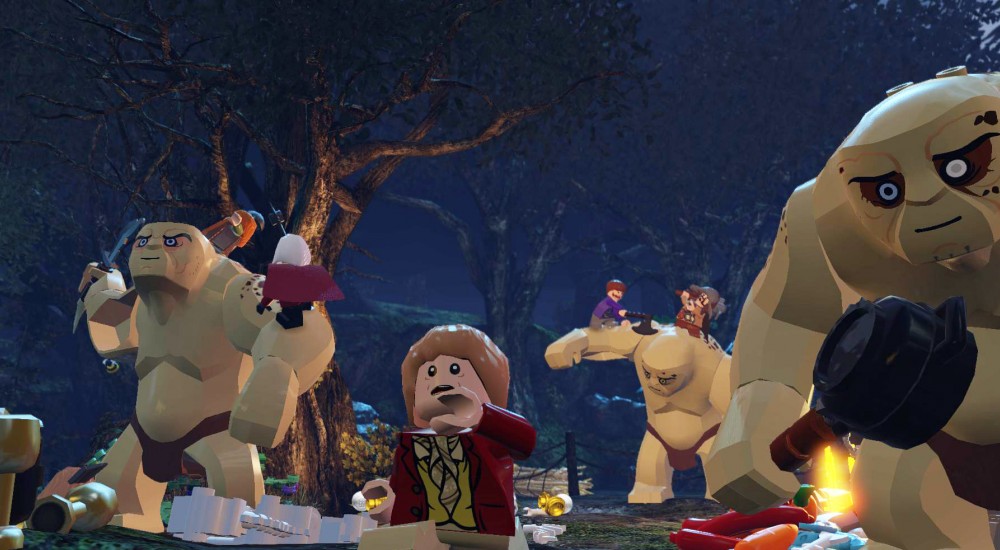 LEGO The Hobbit is trying to include even more aspects of playing with the real-life LEGO play sets than ever before. Gamers will soon find themselves having to interact with a virtual set of the mega popular toy line within a brand new, in-game feature.

Debuting in this game will be segments called "Instruction Builds", where players can actually build objects from the ground up and use them to interact with the environment. For example, players will be able to create a mechanism from collected LEGO pieces to lower a bridge needed to progress forward. Some might be used for the story themselves, while others are used to find hidden items and other unlockables scattered throughout the levels. Associate Producer, Tim Wileman, explains the construction portions of the game in better detail through a quick video (courtesy of VG24/7):

What we don't know is how this feature will fully come into play during co-op sessions. Will both players be able to access to these building segments at the same time (helping on another to complete them), or only on whoever interacts with them first? From the video, it does look like co-op players will need to work together in building these objects separately, to complete puzzles and such through story mode. There are so many questions we have, but thankfully we won't have too much longer to wait to try out the game ourselves this Spring.

LEGO: The Hobbit will arrive on virtually all major platforms and contains a 2-player local, split-screen co-op mode. This game will encompass only the two The Hobbit movies currently released, followed by the final film's own version sometime in the future.