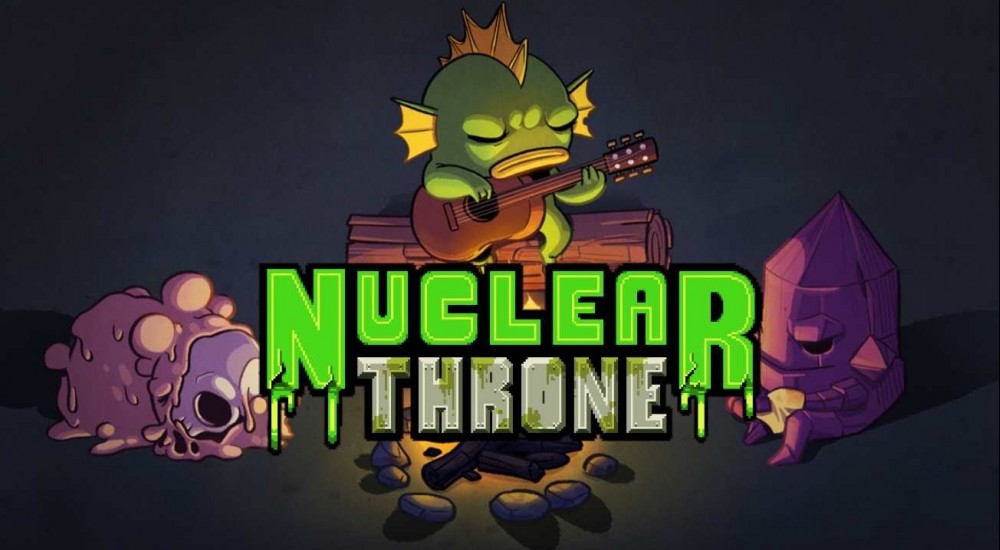 Indie developer Vlambeer recently announced that their work in progress, Nuclear Throne, has been given a 2-player local co-op mode that looks like a blast to play with a friend, literally. Further development might also bump this up to 4-player in the future.

Set in a post apocalyptic future, players assume the role of a single mutant creature who's trying to both survive the radioactive world and become the most powerful being around. Using the environment's available nuclear waste to mutate it's appearance and abilities, the outcome of its full potential becomes entirely up to the players imagination. This rouge-like action game becomes very intense right from the get-go, so players find themselves in a fast past setting that constantly keeps them on their toes and evolving their strategies to survive. Vlambeer showed off an all new trailer of the game during this past PAX East, shown below:

Now, 2-players is the current limit for the time being, but the developer is still looking into enhancing that cap up to 4-players and possibly even a multiplayer mode! Rami Ismail of Vlambeer told Eurogamer at the show:

"The version available on Early Access right now supports local multiplayer for two players. We do have plans to see if we can support four players, but we'll have to see how that works out before we want to commit to support for more players."

"As for online multiplayer, we're looking into that possibility, but it seems extremely complex for a game as precise and twitch-based as Nuclear Throne. We don't think it'll happen, but we'll keep researching what the possibilities are."

Nuclear Throne has been available on PC (Steam Early Access), Mac, and Linux since October of last year for $12.99 (can be purchased through Steam, the Humble Store, even Twitch!). However, the game is also being developed for the PS3, PS4, Vita, and Xbox One as well. Stay tuned for more!