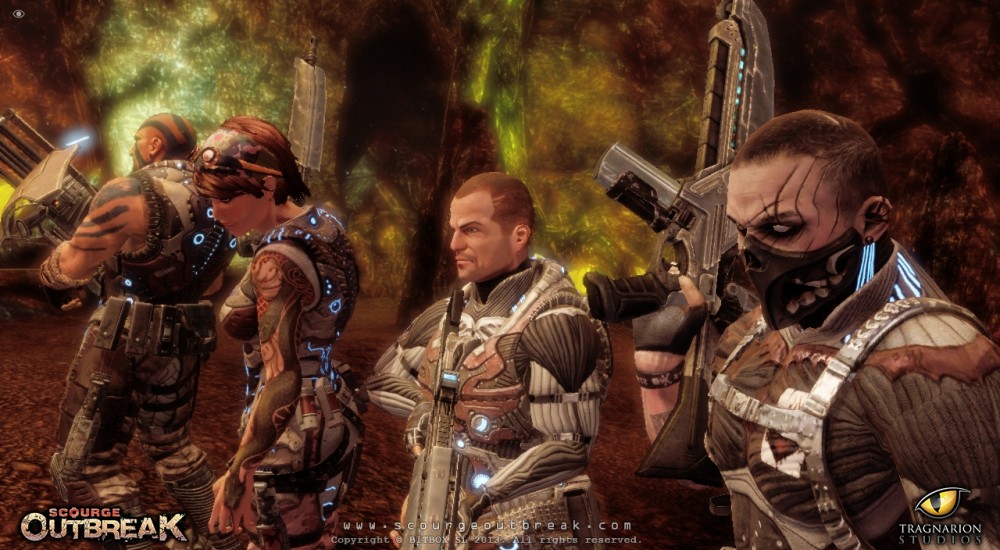 For those of you unaware of the series, Scourge: Outbreak is an immensely improved remake of "The Scourge Project: Episodes 1 & 2", which were released on Steam 4 years ago this month. Paying attention to all the community feedback the original was given, a whole bunch of features and enhancements to the game were made, including a stronger narrative, improved AI, new XP Perks, and many others. Since the differences between these versions is so vast, it should make playing or replaying the game all the more worthwhile. As a "Thank you!" from Tragnarion Studios, now you can experience both the old and new if you purchased the original games. Scourge: Outbreak is a futuristic, squad-based 3rd person shooter, offering multiple modes to play with your friends, such as 8-player PvP (including Deathmatch, Team Deathmatch, and Capture the Flag) and a 6 plus hour co-operative campaign for 4-players total. The game can also be played cross platform, as it will be releasing for both PC and Mac users simultaneously.

"Assume the role of one of Echo Squad's 4 playable characters, each with their own stats and 'Ambrosia' ability variants, as you storm the island fortress of your sworn enemy, Nogari Corporation. Blast your way through Nogari's futuristic research facilities as you battle hordes of genetically resurrected monsters and die-hard special forces in search of a dangerous secret that Nogari is keeping from the world. Whether you're taking on Nogari with your friends, or fighting alongside your Clan in spectacular online PvP battles, Scourge: Outbreak offers hours of fun and exciting challenges."