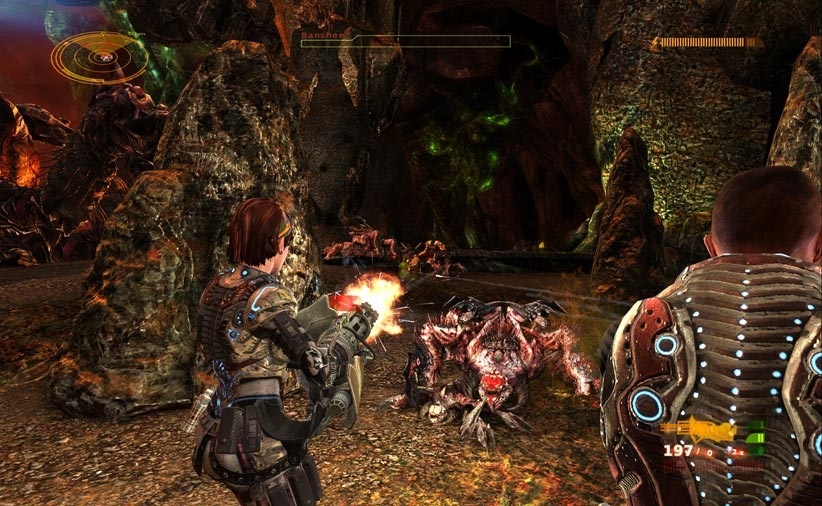 Since we announced upcoming third person shooter Scourge: Outbreak back in May, things have been fairly quiet about the game from Tragnarion Studios. For those of you who wanted to see a little bit more about it, you're in luck. We have a recently released teaser trailer for the game!

The game puts players in the shoes of an elite mercenary squad, the Echo Squad, as they try to locate and rescue one Dr. Reisbeck. As is always the case, however, there are hordes of baddies trying to thwart them in their mission. Scourge: Outbreak supports up to 4 players in the co-op campaign and will be available on XBLA, PSN, and Mac.