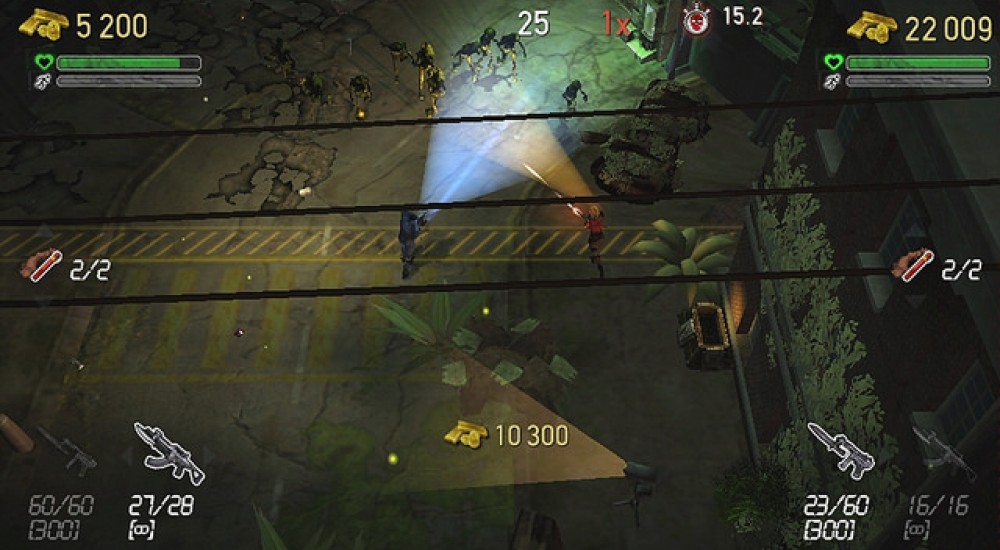 Out this week on PlayStation Vita, Dead Nation brings top-down zombie shooting co-op straight to your pocket. Originally released on PS3, Dead Nation became a fan favorite in the zombie survival and co-op genres. This is one game that's great alone, but even better with a friend. Developed for Vita by Climax Studios, the same developer responsible for the PS4 version, Dead Nation on Vita features everything you know and love about the original. Play through the game as Jack or Scarlett and hit up your favorite levels to top high scores and collect every item. Dead Nation features both online and ad-hoc co-op, so you won't be left to fend for yourself. The Vita version also features the global stats that the original employed, so you can constantly see where your nation ranks amongst the world of the dead.

Dead Nation for Vita is available from the PSN Store for $7.99, and the Road to Devastation DLC can be purchased for an additional $3.99. Though if you've already purchased the game or DLC for PS3, you get the Vita versions totally free via cross buy.