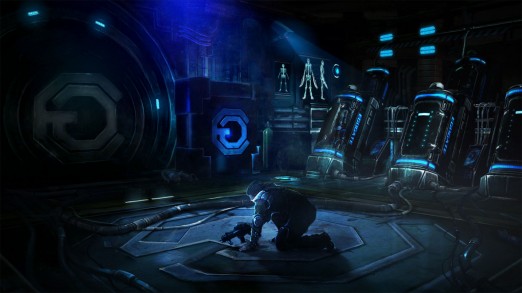 Sure, that Dead Island game is hot stuff right now. But it's only one island. Dead Nation, on the other hand, is a friggin' country. It plays a bit differently too, being a super-slick twin-stick shooter from the creators of Superstardust HD. What’s more, tons of Playstation 3 owners have the game as it was one of the free games in Sony’s Welcome Back program. What better way to monetize all those free copies than by selling everyone DLC? Hence developer Housemarque has announced an upcoming DLC pack, “Road of Devastation.”

Road of Devastation’s new campaign starts out with players awakening in a ruined laboratory. From there, they have three possible paths to take – though all lead to devastation, of course. All the stuff you’d expect from a proper DLC pack are included – new levels, weapons, and enemies. Like the main campaign, “Road to Devastation” will support two-player co-op both locally and online. This new content should keep the legions of Dead Nation players knee-deep in zombie guts when it turns up on PSN.

Housemarque has yet to share a release date or price for “Road of Devastation,” but we’ll be sure to let you know when they do. Zombie killing fans can also keep track of goings-on at the Dead Nation Facebook page.