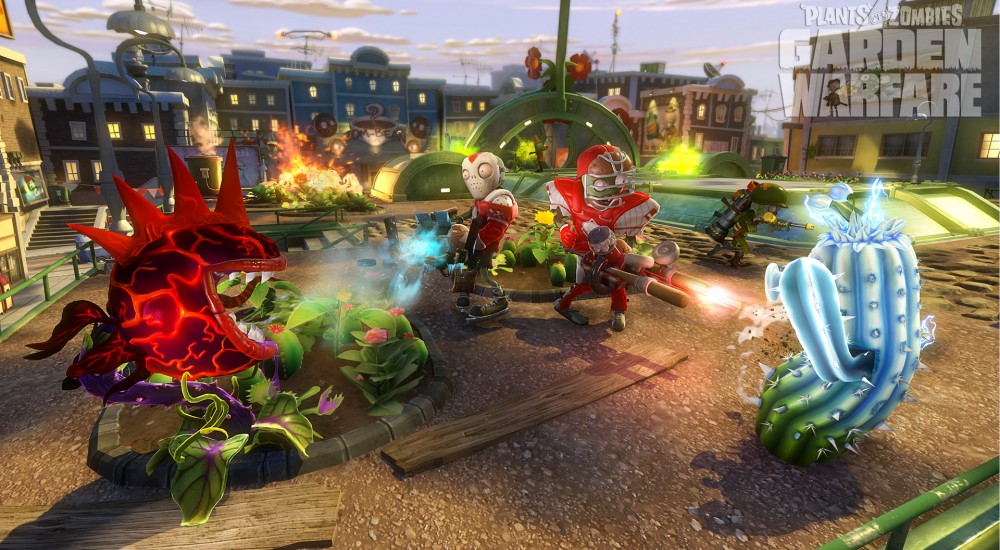 Plants vs. Zombies: Garden Warfare will be heading to the PC very soon! Be ready to grab your friends and play some epic Garden Ops matches this coming June.

PopCap Games announced today the PC version's release date, set for June 24th. Since the game's release back in February, the game has been doing very well on the Xbox One and Xbox 360 (surprisingly), despite being a very comedic, unconventional shooter amongst all the serious military-based title out there. Despite some of the negative press coming from EA's announcement of microtransactions coming to the game in the near future, Producer on Plants vs. Zombies: Garden Warfare, Brian Lindley, remains confident that the PC version will also obtain success:

“We’ve had an amazing response from players since launching the Xbox platforms, and can’t wait for PC players to join the party this summer. The PC version has all the great content that we have put out since launch like Garden Variety and Zomboss Down for players to enjoy from the start.”

EA is obviously pushing gamers to purchase the PC version via their Origin service, as shown in the announcement trailer below. However, however other retailers will have the game available too. If interested, preorders are now being taken over on Origin, with a special offer of two free in-game Booster Packs, 80,000 in-game coins to start, and some exclusive character customizations bonuses included in the "Origin Digital Deluxe Edition" (going for $35). Plants vs. Zombies: Garden Warfare on the PC will include all the content found on the "Garden Variety Pack" and "Zomboss Down" DLC's, with the latter featuring a Wild West theme, 8 new playable characters, 200+ new customizations to unlock, and the Cactus Canyon map to do battle on.

To close out, here's a quick, amusing short of the evil Dr. Zomboss attempting to play the game via his extremely retro gaming rig: