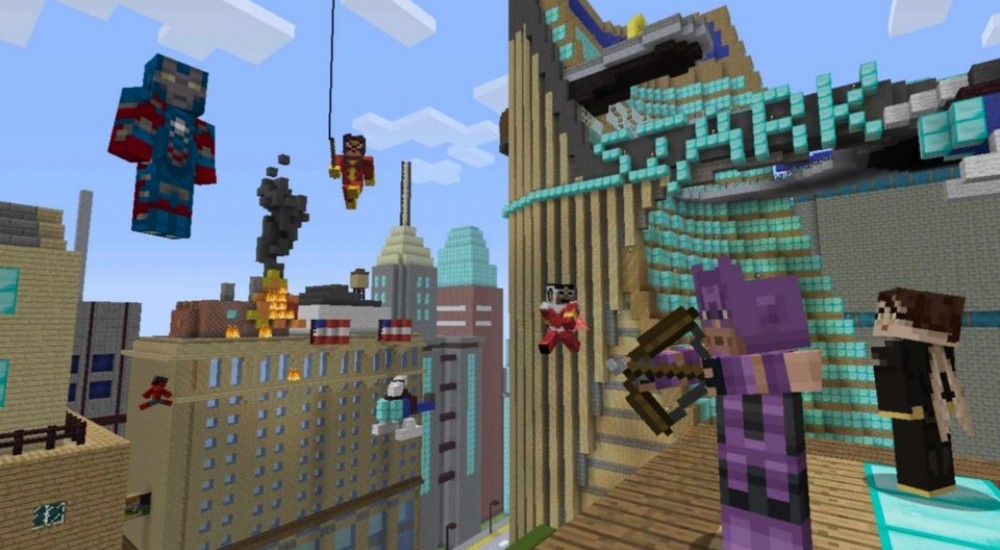 Avengers, assemble! Finally, the two colossal franchises of Marvel and Minecraft have come together at last. The next Minecraft: Xbox 360 Edition Skin Pack is now here, enabling us to don the gettups of our favorite Avengers goodies and baddies on the console.

Through this Marvel Skin Pack, players will receive many of the main Avengers team from the movie, such as: Iron Man, Captain America, Thor, The Hulk, Hawkeye, Black Widow, and Nick Fury, including a team of villains led by the infamous Loki, but also some other less well known characters. Black Panther, Wasp, Iron Patriot, Vision, Falcon, Task Master, Red Skull, and more: 35 skins in total to pick from and a Marvel fan's dream grab (within Minecraft that is).

As always, all of these skins are available to download from the in-game Minecraft store for as little as $3, slightly more expensive than the previous Skin Packs. We're still waiting on a release date for the DLC on the PS3 Edition however. In the meantime, 4J Studios did make us a small, but sweet trailer showcasing some of the skins in action a while back. Take a look:

It's always great to see such a co-op friendly game like Minecraft receive continual updates and new content every few months, coming around to almost 2 years old lifespan (for an XBLA title, that's pretty good!). Still, wouldn't it be nice to have the ability to create some of our own skins? We can only hope...