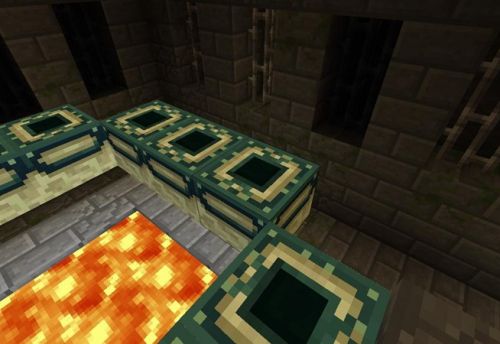 The End is closer than we thought! No, not the end of our real life world, but in Minecraft: Xbox 360 Edition’s finale mission. 4J Studios has been working non-stop to integrate some newly added features to The End that are totally exclusive to the XBLA version.

Home to the almighty Ender Dragon, players are forced to work together to bring down this beast of unholy terror. This mission, without a doubt, the most requested addition to be made to the game thus far. However, 4J Studios wants to give the Xbox 360 Edition something to really sink its teeth into here. Exclusive to the XBLA version, the game will be getting some new additions included in epic fight with the Ender Dragon in Title Update #9. Normally, players are required to locate and destroy crystals that stand on top of tall pillars within the Ender Dragon’s lair before they can proceed to take him down. These crystals are the source of the dragon’s difficulty, constantly healing him as he flies around trying to destroy you. Without these crystals powering him, the dragon becomes somewhat more approachable and can then be killed. However, the Xbox 360 Edition will now include newly place iron bars around the crystals, forcing players to have to destroy them before getting to the crystals. On top of this, the Ender Dragon will also have a new attack at his disposal: the ability to spray a purple, acidic liquid on players as he swoops by. If you’re a die-hard Minecraft player, this newly added difficulty to the end boss will make the finale even more worthwhile to conquer. While the Ender Dragon boss fight will undoubtedly be the biggest feature of the update, lots of other tiny changes will be made around the graphics and mechanics of the game. New textures for various items, as well as alterations to previously unstackable items and menu options, will also be making an appearance. This update will continue to gracefully smooth out the gameplay as close to the PC version as possible.

The launch date for Update #9 still hasn’t been announced, but it is expected to be stated within this next month. In the meantime, satisfy your Minecraft impulses by checking out some newly added Minecraft-themed avatar items on the Xbox LIVE Markeplace (the Snow Golem pet is just ridiculous). New Skin Packs will be coming too, so keep on the lookout!