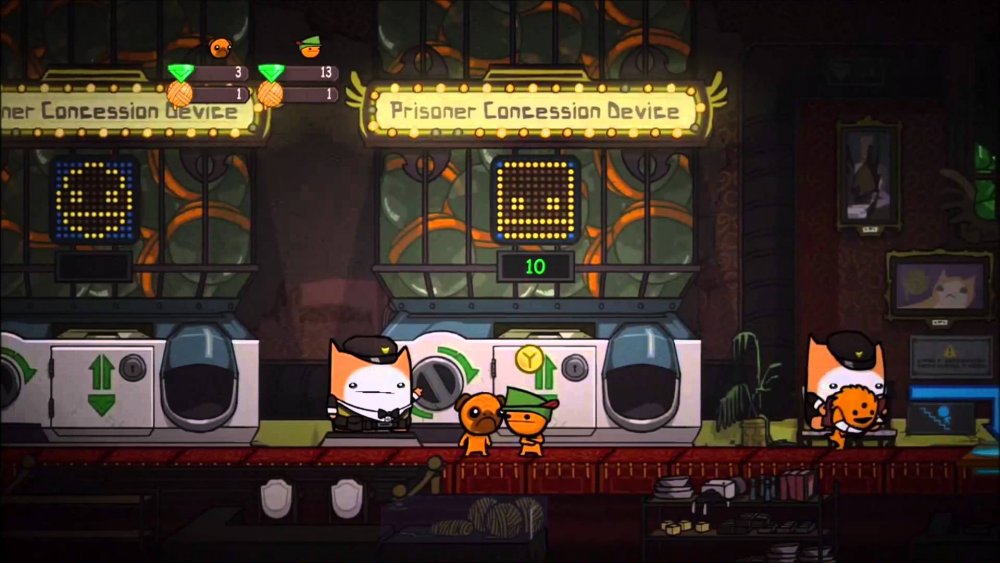 This week, the Behemoth announced the release date of BattleBlock Theater on PC. This delightful platformer (we gave it a 4.5 out of 5)  will be coming to Linux and Windows via Steam on May 15th.

Released just over a year ago on XBox Live Arcade, the Steam version of BattleBlock Theater will introduce some small additions/tweaks, such as the ability to immediately switch weapons, Steam Trading, Steam Trading Cards, Steam Workshop support, and yes, the game-breakingly imbalanced fatter cats. Fatter cats will definitely give the PC version a major, major edge over the XBLA version, mark my words.

If you were a Steam Beta Tester for the game, then good news: your copy of BattleBlock Theater will be free as a way of the Behemoth thanking their testers. Just remember to delete the beta before downloading and playing the retail version of the game.

BattleBlock Theater will be available on PC via Steam on May 15th for $14.99. It supports 4-player local co-op and 2-player online co-op.