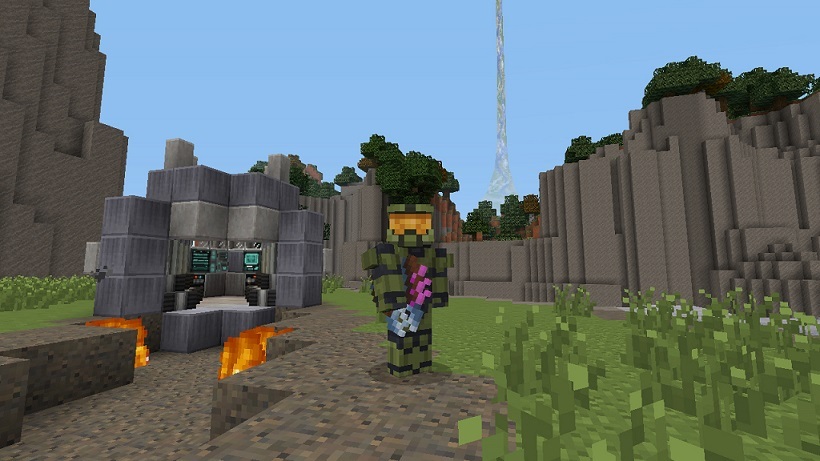 Minecraft 360 has not only sold more copies than Co-Optimus has had hot dinners, but it also has an abundance of DLC.  The latest offering to be teased is Halo DLC which will combine one of Microsoft's best loved franchises with one of the bestselling games on their platform.

Not a lot is known about the DLC yet except for one teaser image and a statement:

Ever since Minecraft released we have witnessed some exceptional Skin, and Texture and Mash-up Packs, including some featuring popular video games, but we might be headed for one of the most spectacular yet. We don’t have specific details just yet, but we can confirm that Halo is coming to Minecraft. Details soon.

Previous DLC for the game has ranged from skin packs for characters and textures, to more in-depth game creation tools. Which will the new Halo DLC be?

What would you like to see added to the Minecraft world?