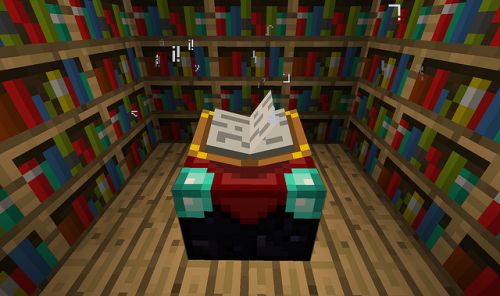 4J Studios cranks out so much new content for Minecraft: Xbox 360, it’s hard to keep up with it all. Already, their next update for the XBLA title is currently underway, making it the 7th one since its debut.

The Adventure Update was just what the game needed to keep things fresh and more up to date with the PC (although it’s still got a long way to go). 4J Studios is working hard to catch up and will be patching the game with its 7th update in due time. But until that happens, we were given a small glimpse of what we can expect to see from this major update. We’re sure that most of you, like us, are looking for the chance to take on the legendary Ender Dragon and reach “The End” of Minecraft. Unfortunately, slaying this beast will have to wait until this one goes through first.

Here are the details on what will appear in the 7th update of the game: While this update has a lot to offer Minecraft on the 360, many gamers won’t be happy to hear that they will more than likely have to create a whole new world to implement some of these changes. Significant changes to a preexisting landscape, such as generating the Mushroom Biomes, cannot be added naturally through updating the game alone. However, if players are using Creative Mode instead, most (if not all) of these items should be at your disposal, so you won't have to start all over.

No word on when this update will occur, but keep looking back here for more news on Minecraft’s whereabouts.