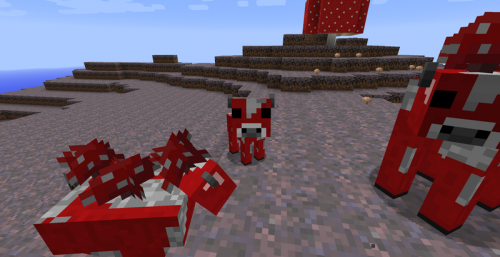 The 7th Title Update is still off in the distance somewhere, but Microsoft has provided more details on this upcoming Minecraft: Xbox 360 Edition patch that gamers are eagerly awaiting. Again, the Minecraft finale mission, known only as: “The End”, won’t be appearing in the 360 version of the game until the next major title update, but there will be plenty to explore and craft once this patch hits Xbox LIVE.

The main group of changes that we wrote about a couple weeks ago are still applicable, but a few more have been added as well. This update will be quite filling for any avid Minecraft player, so study up now and prepare yourselves for what’s to come:

Animal Breeding – feed two of the same animals a particular food and they’ll “kiss” and like magic a little baby animal will appear. Cute!
Brewing – You’ll be able to make Potions! Pull up a Brewing Stand and experiment.
Experience Points – Now you can collect Experience Orbs from mining, killing mobs, breeding and using Furnaces. Experience is used for Enchanting!
Enchanting– A new process which uses your Experience points to grant special abilities to armour, tools and weapons. You’ll need to craft yourself an Enchantment table to get started.
Mushroom Biome – A new type of land where the humble mushroom is king. New block Mycelium can be found here and Mooshrooms! Try growing yourself a giant mushroom.
Nether Fortresses – a structure that can appear in the Nether, bringing new blocks to the game too. Nether Fortresses are the Nether equivalent of Strongholds. Look out for the Blaze which can found in these new structures, they’ve got a habit of shooting out fire.
Skin animations – Some of your skins will have new animations (optional) to give them a bit more life and personality of their own. It’s something new and something that will be expanded upon as we do future updates, even older skins might get given their own animations as time goes on, so keep a look out for them in the future too. You may also notice that skins can have hats, and stuff…

-Added new multiplayer host trust players options for toggling players' abilities to mine and use items, place blocks, use doors and switches, use containers (such as chests), attack players and attack animals.

-Added custom skin animations, where a skin may have different animations to suit its style (may have a retrospective effect on skins in older packs.)

-Added a section to brewing, enchanting, and breeding in the How To Play.

Finally, top off your Minecraft experience this holiday season with the new Festive Skin Pack! Releasing tomorrow, December 19th, for the usual 80 MS points, you can dress your character up with Christmas themed skins for your Minecraft avatar. In addition to what was mentioned in a previous post, the Festive Skin Pack will include:

Although the 7th Minecraft Title Update hasn’t received a release date so far, at least gamers out there will now have a better idea as to what they can expect to see from this huge patch. In the mean time, grab the Festive Skin Pack tomorrow (some pictures of the skins are shown in the gallery below) and co-op it up with gamer friends next week!