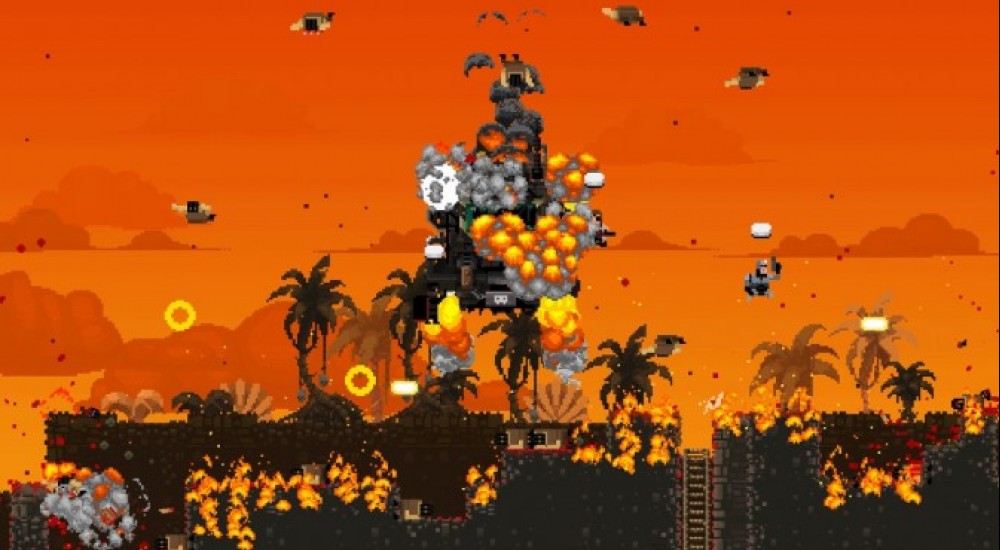 Hear that, Bro? Those explosions are the themesong of Democracy charging forward to punch the Commie blood straight out of the bad guys. We've got an all new update for BROFORCE comin' in hot from HQ. The May update throws two Bros onto the scene with brandspankin' new powers. You could listen to me gab about how handy these boys would be in a foxhole, or you could just watch the trailer.

Every time that massively biceped eagle cries, I shed a single tear for Uncle Sam.

I'd better tell you about the new Bros and tactics anyway, just in case your attention span is shot from all of the napalm fumes.

First up we've got the Broniversal Soldier, who can bring fallen enemies and Bros back to life to fight for Freedom in his name. Next up, we've got Time Bro, who is quite content to use speed powers to knife his way through an army of bad dudes in style. Our Bros also gain the ability to pop inside one of the Mechanized Terror Units to wreck havoc on enemy troops without breaking a sweat.

In all seriousness, we don't know when BROFORCE is set to launch for proper, but the monthly updates are pretty encouraging. You can still pick up the run-and-gun four player game for $14.99 on Steam's Early Access.