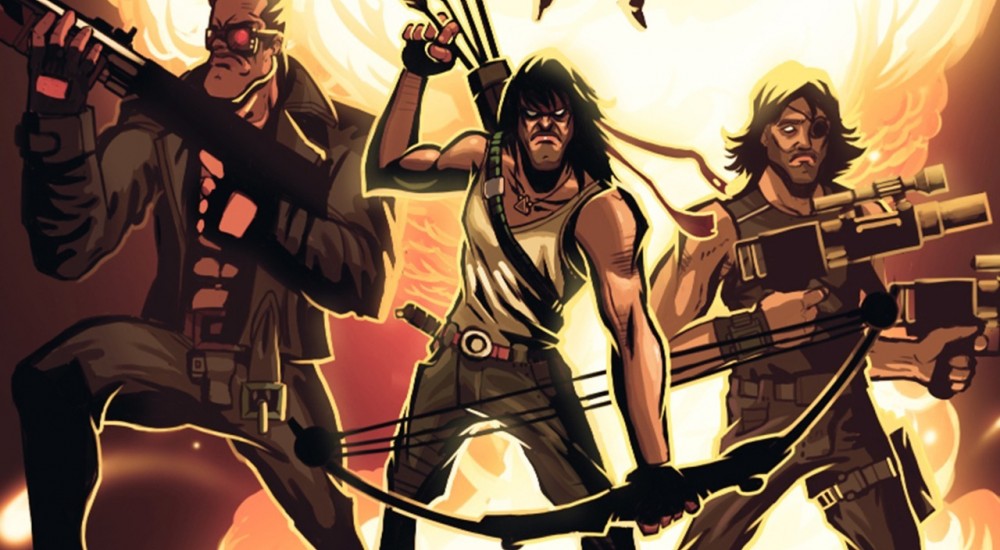 As resident co-op sage, Jason Love, so wisely predicted, BROFORCE is indeed out today on PC for your adrenaline-fueled pleasure.  For a while there, fans couldn't be faulted for feeling that it would be stuck in the quagmire of Early Access for all eternity, but G'newell (the dark prince of Early Access) has found his quarry escaped, and the game has finally emerged from his dominion.

BROFORCE's four player co-op gives you and your crew the chance to blast through the game's henchman-ridden levels as one of a number of action hero facsimiles, such as The Brominator, Bro Max, or Time Bro.  It's... kind of astounding how many ways Free Lives Games has managed to shove the word "bro" into people's names.

The PC launch trailer is below, with the developers noting an early 2016 release window for the game's PlayStation 4 version.

The folks around here have done quite a bit of Early Access coverage (both video and written) on BROFORCE, so we jumped at the chance to show it off in its most final form.  At around 8 EST this evening, myself, Taylor, and any number of guests will be bro'ing it up on the Co-Optimus stream, which you can catch at either www.twitch.tv/cooptimus or right here on the front page of Co-optimus.  We'd recommend viewing it on the former, if nothing else but for the chance to berate us and how wimpy we truly are.

We look forward to seeing you there!