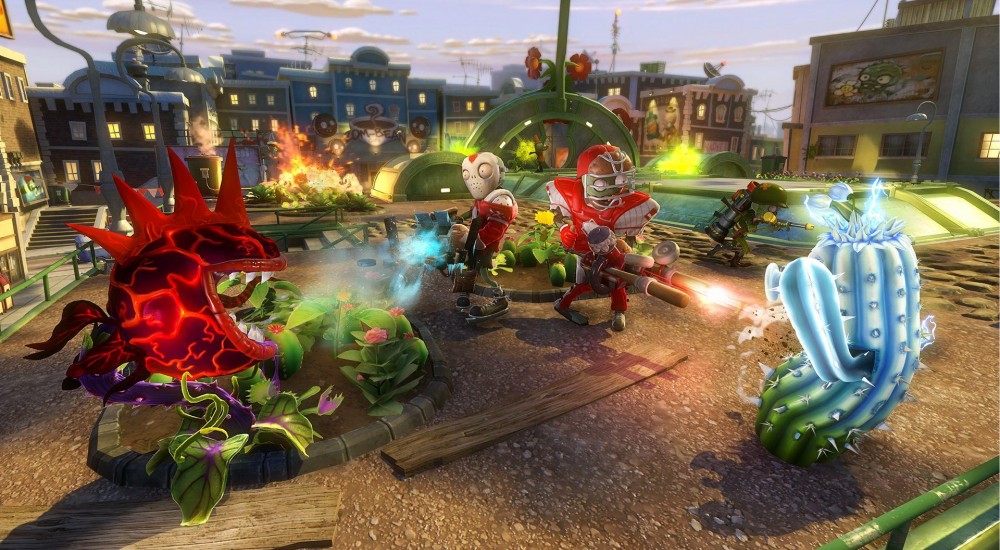 Many gamers out there have been wondering if Plants vs. Zombies: Garden Warfare would be coming to PlayStation on day. We are happy to relay that Popcap will indeed be fulfilling your wishes and the wait won't be for much longer!

Announced today via the PlayStation Blog, Garden Warfare will finally be released on PS4 and PS3 this coming August 19th! Players will also be glad to know that both versions of Garden Warfare will contain both the "Garden Variety Pack" and "Zomboss Down" DLC's right off the bat; no charge. The PS4 version, however, will certainly be the definitive version of the game yet and for many reasons.

First of all, the game itself will run native 1080p resolution at a buttery-smooth 60 FPS. Second, it will be playble via Remote Play on the PS Vita for all you gamers on the go. It's also interesting to note that the extremely popular Boss Mode will also be playable as a companion experience through various mobile devices using the Playstation App. Finally, split-screen co-op will also be included in this version, but it remains to be seen if the secondary player will be able to earn experience and coins in this version. We hope to get even more info on the PS3 and PS4 versions while at E3 this June.