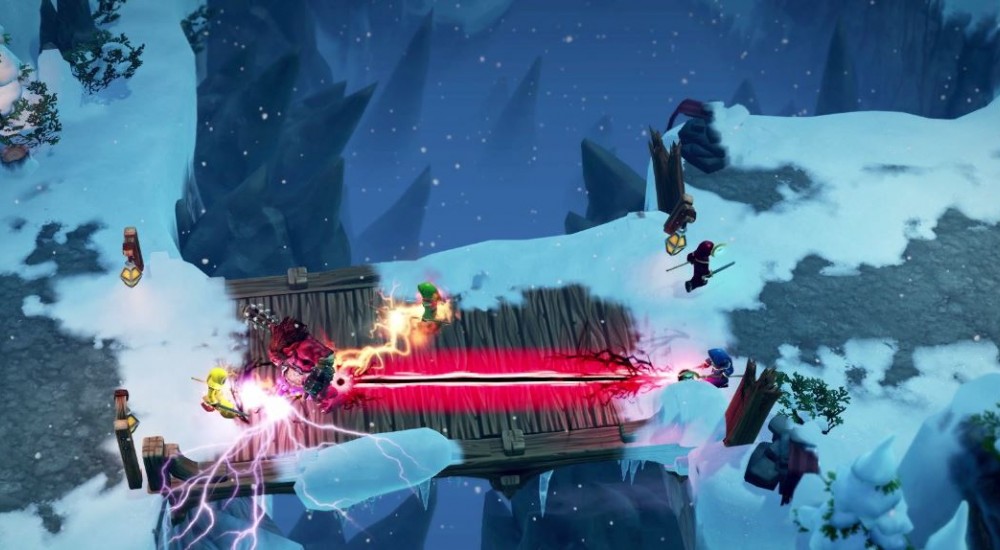 It has been quite some time since we've heard from the multi-colored wizards of Magicka, despite their plentiful DLC releases. Apparently Paradox felt the same way, as they announced during Sony's Press Conference yesterday that Magicka 2 will be coming soon to PS4 and PC. Get your crazy spell combining on!

The original Magicka was a pretty crazy affair. Players could combine different elements individually to make some destructive spells, or combine them with other players to make even more destructive spells, and then cast lightning bolts and kill everyone. It was, in two words, hella fun. I'm usually not a fan of griefing in co-op but it added so much that I can't imagine the game without it.

So of course I'm excited for the next installment! And it was also one of the funniest trailers shown for a game during the whole "Day 0" conference-stravaganza.

The second game looks to be offering many of the co-op features, like drop-in/drop-out and combo co-op, that we enjoyed with the first, and there are some new surprises in store for players in the form of "Artifacts."

- As an all-powerful Wizard, you will have thousands of spells at your fingertips to experiment and defeat evil with, use them together with special Magicks to annihilate foes or give necessary aid to your companions.

- Combine up to five elements at a time and work together with—or against—your friends for that full Magicka co-op experience.

- Full co-op support! All levels and game modes in Magicka 2 will be supported for four player co-op with hot join, checkpoints, and other supportive features and functionality.

- Friendly fire is always on, promoting emergent gameplay humor as players accidentally hurt or kill their friends in their attempts to annihilate enemies.

No word yet on a release date for the title. Hopefully there will be a demo out on the show floor so we can get some more info from Nick, Locke, and Justin on just how crazy the wizarding will be this time around.