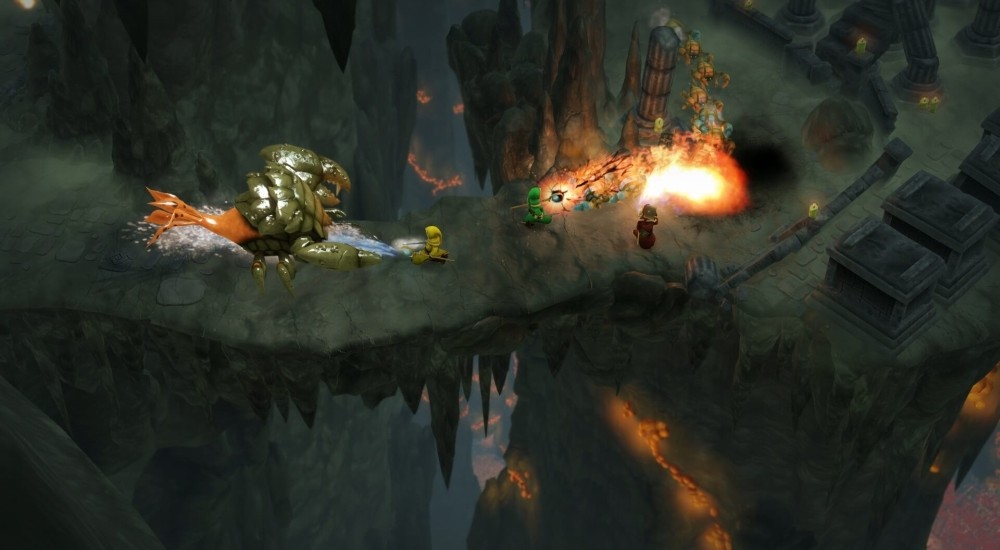 Brad, who is definitely not Vlad, who is definitely not a vampire, is having a rough time. He's paranoid, has paternal issues, he's schizophrenic, incontinent, and suffers from erectil-- ahem, that isn't relevant. His therapist thinks he just misses his friends. Brad thinks he misses his "up to four friends at the same time, casting spells, defeating enemies and journeying through an all-new story adventure". We're siding with Brad.

Paradox Interactive announced Magicka 2: Learn to Spell Again back at E3 2014, but only now has the healing truly begun. The upcoming sequel features more of what made the original game so insane, including four player co-op action, element-based spell mixing/casting, and friendly fire that makes everything you do dangerous to everyone around. In addition to the revamped old, Magicka 2 comes with a brand new storyline and gameplay that's "different each time you play". Randomly generated stages, perhaps?

The Magicka 2 website is currently running a little contest where folks like us can earn some in-game goodies. Sign-up on the site, play a Magicka mini-game, then see what happens. Go on, get flappy with it.

Magicka 2 is coming to PC and PS4 sometime this year. It supports four player local and online co-op.