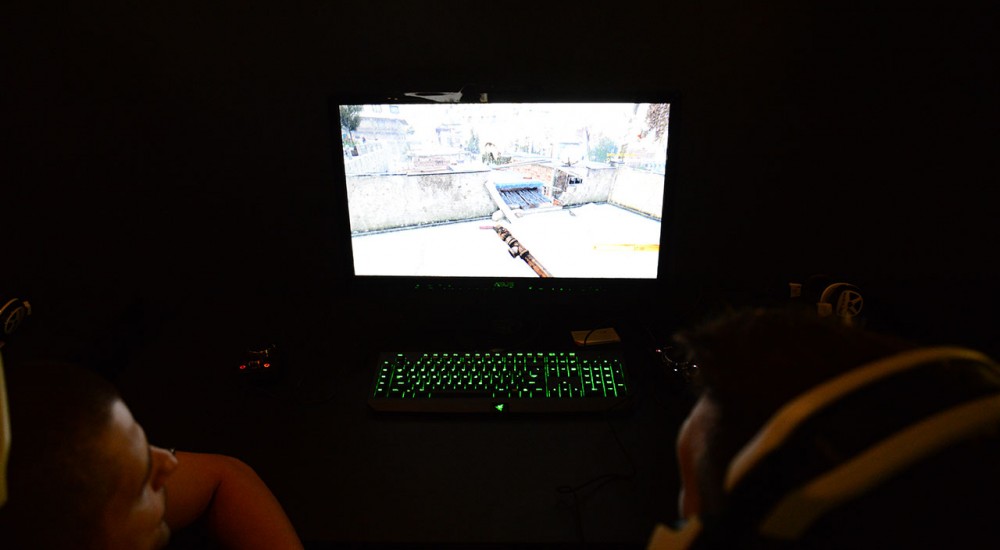 During my time with Techland's Dying Light I played two very different parts of the game. In the opening minutes your character is just getting started and must approach every situation with caution, while later in the game the same character has improved his skills considerably and can take on multiple foes with little trouble.

I emerge from the starting area on a mission to secure another safe house for other survivors. I'm new to the group, so I'm still trying to get on their good side and prove my worth. Right from the beginning, a vast world is opened and I have the opportunity to travel in any direction I want. However, given that I am only armed with a baseball bat and a lead pipe, I start heading to the safe house marked on my map. In Dying Light the streets are littered with zombies, and at my current stage I don't feel comfortable running and dodging on ground level. The roofs offer a safer route, and as my character is skilled in parkour it's the obvious choice. Scaling walls and ledges is easy to control; the right bumper or R1 acts as a parkour button allowing me to scale ledges, jump on cars, and climb into windows. On my way to the safe house I encounter some zombies blocking the path. While it would be possible to take the scenic route and go around, I decide to give my strength a try and take them out. With my baseball bat I aim for the head by pressing the right trigger or R2, though at my current strength it takes a few hits to knock them down. After taking out a few enemies my strength gains a level - all of your characteristics level up the more you use them, so if you want to tear zombies down left and right you better start doing that from the beginning. The parkour elements of the game excite me a lot, so I start climbing things any chance I get, and soon my agility increases and I'm able to pick a skill from an expansive talent tree that allows me to better dodge enemies in combat.

Upon arriving to the safe house, I see that it's currently occupied by enemy humans. With my new abilities I try to take them on, but I am quickly overrun and am forced to retreat. I make it back to the previous safe house and wait to approach again under the cover of night. The day and night cycle in Dying Light changes the game completely. At night the Volatiles, a zombie with enhanced vision and increased strength, roam the streets. At one point in the game you'll be able to take them out, but right now, if I'm seen by one I'm as good as dead. Sticking to the shadows I sneak my way across rooftops and through buildings, luckily never being spotted. Once arriving at the safe house I'm able to easily clear the few zombies inside, restore the power, and claim it for myself and the group. Fast forward to a later part in the game, many hours into the campaign. At this point I've got all sorts of cool weapons and abilities at my disposal. A huge battle axe that can knock back multiple enemies at once is what I try first. Though strong, it takes a while to use and leaves me vulnerable mid-attack. I also have a pistol for sticky situations, but as it creates attention I only use it once - to do just that. After spotting human enemies, I shoot a fuel tank to attract zombies to do my dirty work while I move on. My favorite weapon is the flame blade, a type of longer range lance with fuel and a burning flame on the end. This weapon delivers quick blows that both slices heads and ignites bodies with the glory of fire.

At this point in the game I'm able to scale walls much quicker, and jumping from building to building feels more natural then ever. I'm still not a professional gymnast, but you can tell my character has adapted to his new lifestyle. My current objective is to meet and save a friend who's pinned down by zombies. This time I'm not so weary of enemies, and with the flame blade at my disposal I go on a bit of a zombie murdering adventure. Even with all my abilities I eventually get overrun, but that's ok - climbing buildings to retreat at any time is always an option, and a nice way to get your bearings straight before heading onto the next area. I eventually reach my friend, but I'm too late - I see him changing to a zombie before my eyes, and before I can do anything he attacks me, and the demo fades to black. It's apparent that Dying Light is not just another zombie game, in fact, I wouldn't call it a zombie game at all. Killing zombies nets rewards, as most can be looted, but the main focus is on using your skills and wits to survive and get from one point to the next. What's great is that you can decide how you approach any situation. If you're a player who doesn't want to engage in direct conflict, for the most part you won't have to. I was able to get through a large portion of the demo through stealth and speed alone, a play style that suits me perfectly. On the flip side, if I wanted to come out lead pipe swinging, I could level up my strength and approach enemies without fear.

Though my demo was a solo experience, the full game allows for four players to go through the entire campaign together in online co-op. Dying Light launches February 2015 for PS4, PS3, Xbox One, Xbox 360, and PC.