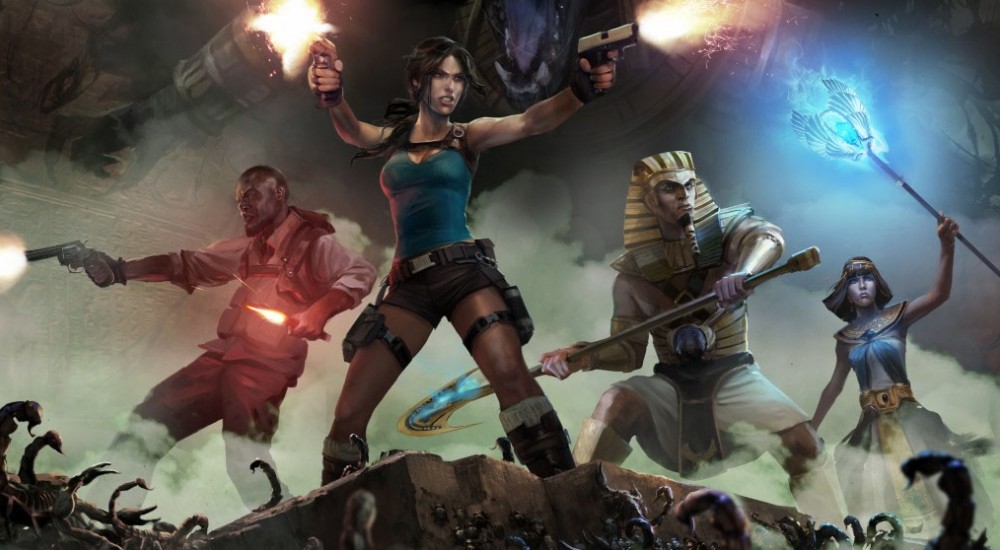 Okay, watch this sweet trailer, and then come back and we can discuss:

You back and suitably pumped? Yeah, you bet we're excited; Lara Croft and the Guardian of Light was one of our 2010 Co-Op Games of the Year! So what do we know? There's not a ton of information out yet, but again, 4-player co-op is confirmed and the platforms will be PS4, Xbox One, and PC. The story for Temple of Osiris will be set in Egypt and will have Lara joining forces with rival archaeologist Carter Bell as well as the two imprisoned gods Isis and Horus. Together they're tasked with defeating Set, another Egyptian god. I must say, it's great to see the cast is diverse in regard to both gender and race.

From the previous installment, we assume it will be a downloadable-only title, and we assume that players will be able to play it both online with four players and locally with four players. No word yet on combo co-op, and since Lara Croft and the Guardian of Light was only 2-player co-op, we can't hypothesize based on past history.

No release date has been announced yet, aside from "Coming Soon," but we expect it will be out sometime later this year. So what do you guys think - are you excited?